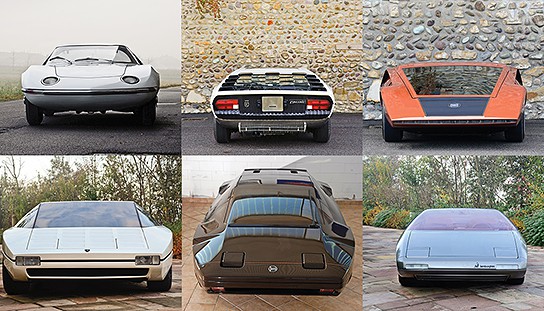 since it is going to be the inaugural Villa d’Este Auction at Lake Como, then you can expect RM Auctions to conjured up something special, if not extraordinary. six Bertone design statements will be offered by RM Auctions on behalf of Bertone S.p.A during this prestigious event. so which are the six Bertone concept cars that will be up for auction? here’s the brief: from the 60s we have the 1963 Chevrolet Testudo and 1967 Lamborghini Marzal. from the 70s we will see the 1970 Lancia Stratos HF Zero, the 1974 Lamborghini Bravo and the 1978 Lancia Sibilo. finally, from the 80s is the Lamborghini Althon. it will be rather exhausting to detail what’s under the hood of these timeless beauty, so may i suggest you to join me for some beautiful images and brief info of these Bertone concept cars after the break.
[ad#Google Adsense-text-468×60]