Rolling the dice is a simple yet, kind of messy affair. You never know where they will end up at (likely the floor) and hence the need for a dice rolling tray. Speaking rolling tray, whether you already own a couple or not, here’s an interesting take of the rolling tray that might just pique your interest: the SnapDice. SnapDice is no ordinary dice rolling tray. Beside sporting a warm, luxurious look lend to it by premium exotic hardwoods, it also boasts neodymium magnets embedded in the board that will stop the dice on their track swiftly and quickly, thus ending a roll with a beautiful note. 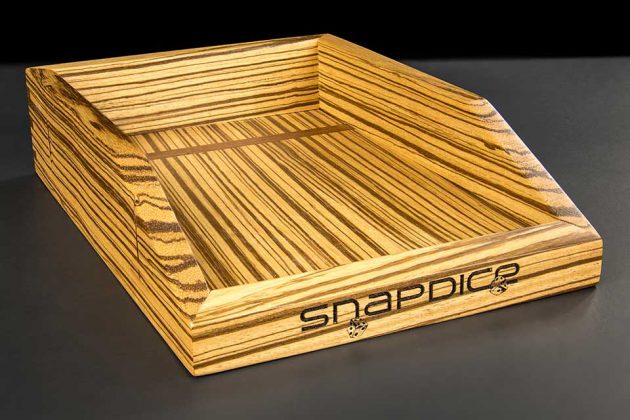 This beautiful magnetized rolling tray is complemented by 14 mm precision machined, nickel plated dice that are “perfectly balanced.” But more on that later. Steel dice not only look awesome, but they also offer solid feel when in your hand – thanks to the weighty nature of steel. Aesthetically, it is a win, but what’s even more impressive is, the folks behind the dice rolling tray has taken dice design to the level of nerdom, by throwing math into the mix to ensure each dice is indeed perfectly balanced. In case you are interested, here’s the math:

Go ahead and take it all in while I excuse myself because equations only serve to give me headache. I may not be a dice expert, but I can’t deny seeing the SnapDice in action kind of induce a calming effect. Though, I am not sure it is perfectly “legal” in official games that relies on dice rolls. I mean, are magnets allow to intervene, so to speak, dice roll? Just saying… Anyways, who cares when it is this beautiful, right? And we certainly think it is beautiful; else it would be here, isn’t it?

As beautiful as it is, SnapDice is yet to be a reality, at least not now. But you can help it become a product you can buy by backing its Kickstarter endeavor. Prices start at $10-38 for dice only and $129 for the SnapDice Tray. If all goes as planned, i.e. the campaign gets funded, then you should be expecting SnapDice between September and December 2017. 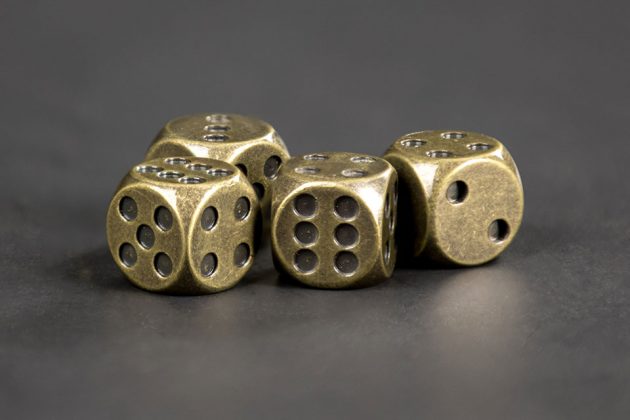 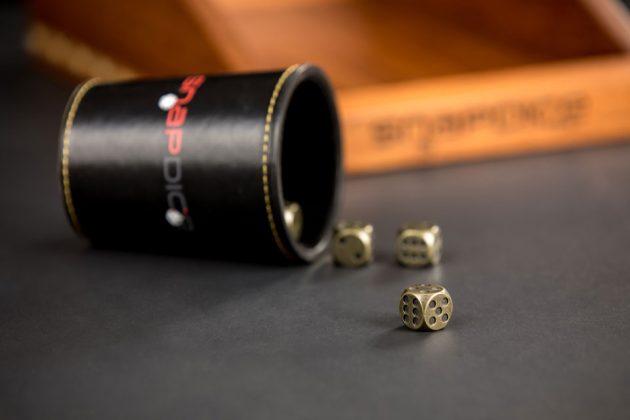