When it comes pop stars and world records, one would expect things like “most album sold,” “songs on the top chart for the longest period of time,” et cetera, but in the case of Snoop Dogg, it was all about Gin and Juice. The American rapper/songwriter/record producer/actor has bagged itself a Guinness World Record for whipping up the world’s biggest glass of gin and juice live on stage at the BottleRock Napa Valley festival in California late last month. 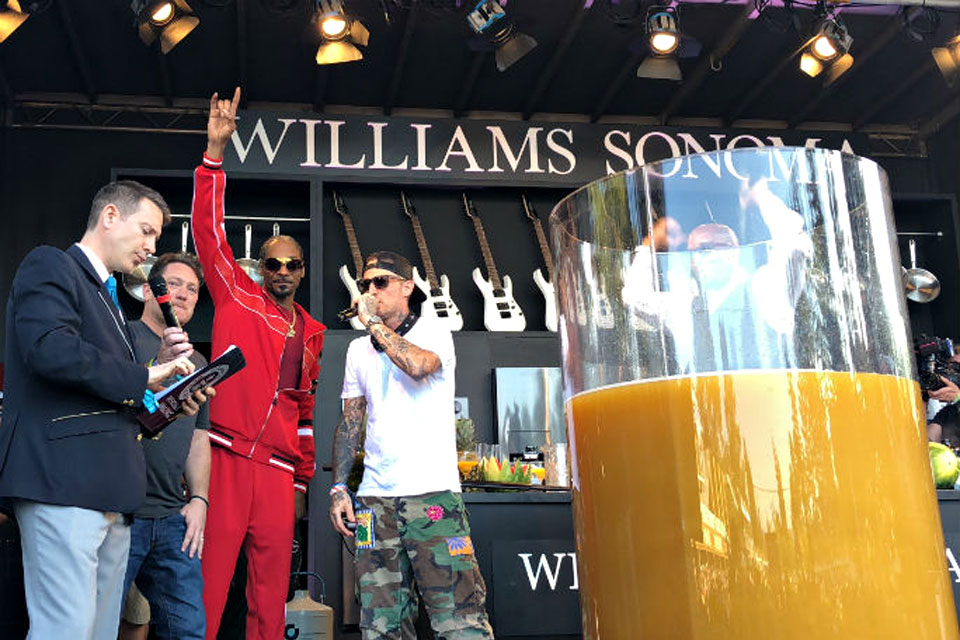 By the invitation of TV chef Michael Voltaggio, Snoop Dogg, together with fellow rapper Warren G, Kim Kaechele and Kendall Coleman, mixed up a man-size glass of paradise cocktail that contains no less than 180 bottles of 1.75-liter gin, 156 bottles of 1-liter apricot brandy and 28 jugs of orange juice, each containing 3.78 liters. The gin was donated by Hendricks gin, while the rest of the ingredients were sponsored by Whole Foods. 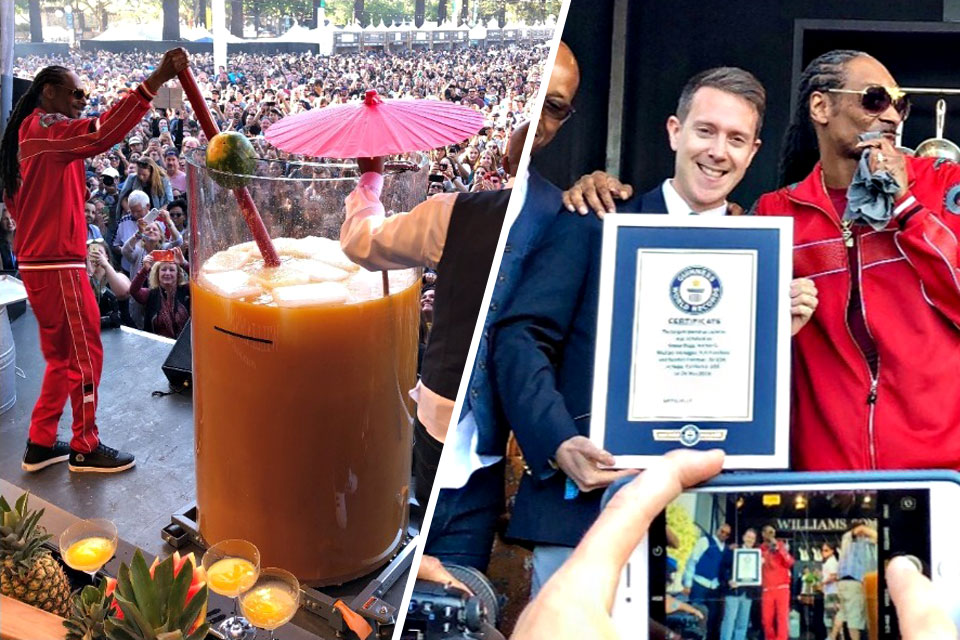 The team even went to length to decorate the giant glass of paradise cocktail with matching sized drinking straw, pink parasol, a garnish of pineapple, and a whole melon with a sword through it. The cocktail may have mixed witnessed by thousands, but unfortunately, it was not for them to taste; the alcoholic concoction was reserved for the VIP section.

The record in the making was witness by Guinness World Records adjudicator Philip Robertson who presented the team with the certificate of achievement that reads “The largest paradise cocktail was created by Snoop Dogg, Warren G, Michael Voltaggio, Kim Kaechele and Kendall Coleman (All USA) in Napa, California, USA on 26 May 2018.” That’s another record for Snoop Dogg after becoming the record holder for most popular Snapchat musician in March 2018.