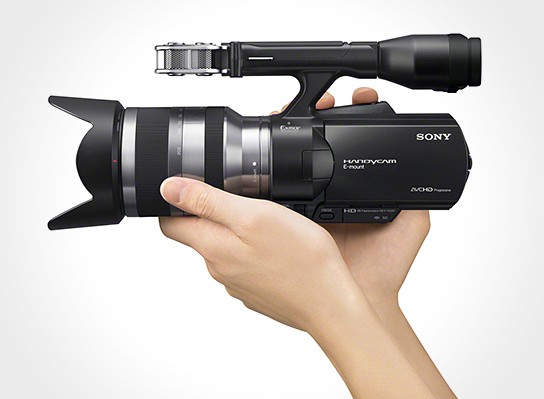 other improvements over its predecessor include enhanced audio with support for stereo, as well as 5.1 channel surround, and ergonomic refinements which include the redesigned handgrip for ease of handling. other features include a 3-inch Xtra Fine LCD display with TruBlack technology that has 270-degree freedom of rotation, new button layout and support for full range of Sony’s SD memory cards. two versions will be available this November: the Handycam NEX-VG20H full HD E-mount and the body-only version NEX-VG20. the former is set to retail for $2,199, while the latter cost $1,599. a couple more look and the official press release after the break.

“Whether you’re shooting video or stills, this camcorder’s large sensor rivals the expressive picture quality of a DSLR camera,” said Andy Bubala, director of camcorders at Sony Electronics. “We’ve also made several enhancements to deliver the type of camcorder that video enthusiasts will love.”

Full HD video shooting in the AVCHD™ format is now complemented by a choice of 24p and 60p (progressive) frame rate options. Footage shot at 24p can be enhanced with Cinema Tone Gamma™ and Cinema Tone Color™ for an even richer, more cinematic look.

Dialogue and other sounds are captured by the precision Quad Capsule Spatial Array Microphone that now supports stereo and 5.1 channel surround. The camcorder also offers a new audio level control.

Several ergonomic refinements let videographers shoot HD video and stills in even greater comfort. The camcorder’s handgrip has been redesigned for excellent stability. Allowing manual adjustment of exposure, iris and other settings, the control dial can now be accessed even when the LCD panel is closed.

The button layout now features “hard” function keys, direct access to each shooting mode (Iris, Shutter speed, Program AE), a second REC button for low-angle shots and expanded focus button – all located for intuitive operation so users don’t have to take their eyes away from the electronic viewfinder.

Shooters can frame and review footage on the three-inch (7.5cm) Xtra Fine LCD™ display that features TruBlack™ technology for clear, high contrast images. The screen can rotate up to a 270-degree range for easy framing in any position, even with the camera held low. A touch-panel simplifies fingertip operation of shooting functions.

A choice of seven E-mount lenses can cover virtually any shooting situation. The optional LA-EA2 lens mount adaptor provides even wider compatibility with the established family of A-mount optics. Sony is also planning to develop a third-party “eco-system” to allow consumers to use the camcorder with other brands’ lens assets.

The new camcorder is compatible with Sony’s Memory Stick PRO-HG™ Duo HX series as well as Sony’s full line of SD memory cards. Available in capacities up to 32 GB, both media enable necessary transfer speeds for stable and optimal performance of Sony hardware features such as full HD movie shooting.

The new camcorder will be available this November at Sony retail stores (www.store.sony.com) as well as other authorized retailers throughout the Sony dealer network. For images and information, please visit www.sony.com/news.[/toggle] 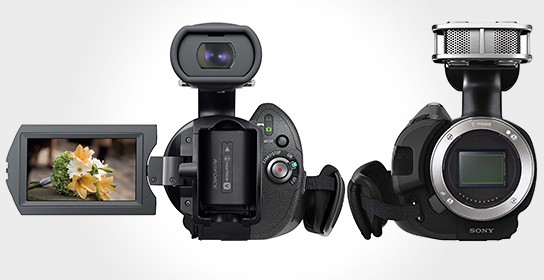 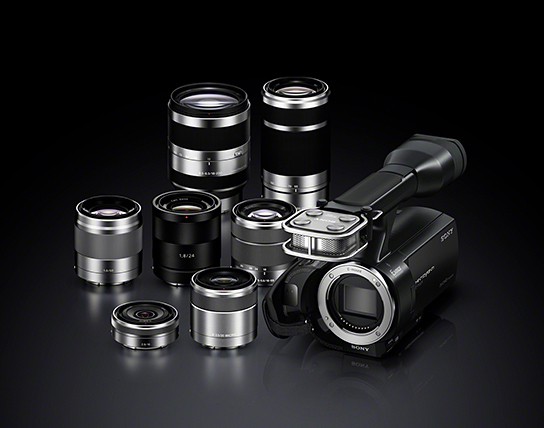