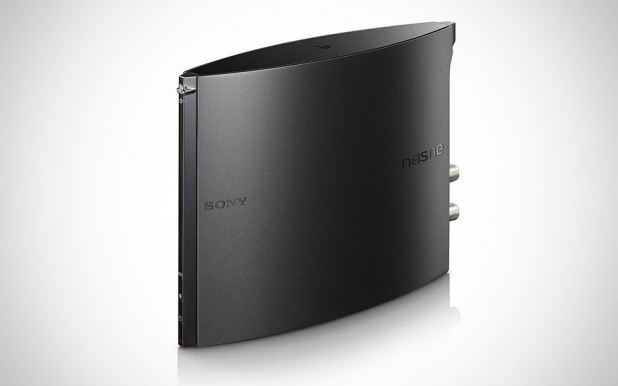 looking to get more out of your Playstation 3 and other Sony devices? the Sony “nasne” PS3 PVR (model: CECH-ZNR1J) should do the trick. with the help of a Playstation3 app “torne”, the “nasne” bridges the gap between your digital satellite television programs, including digital terrestrial TV shows and your other Sony devices such as tablets, Playstation Vita, PSP and walkman by allowing the recorded programs to be exported to them via your PS3. announced earlier this year but never hit the market for some undisclosed reason or reasons, the “nasne” is set to roll out of Sony’s factory and into the stores in Japan end of this month. this PS3 look-alike device features a SATA 500GB hard drive, built-in terrestrial and satellite RF tuners, Ethernet port, antenna in/out connector, a USB 2.0 port, B-CAS card slot, DLNA-enabled, web browser, dual recording modes, scene search functionality, and of course, streaming of live or recorded media content to compatible Sony devices. the Sony “nasne” PS3 PVR carries a retail price of ¥16,980 (about US$217). though, there is no word if it will be made available globally. personally, i don’t it will as the tuner bit of things might be quite tricky to comply with the relevant authorities of various countries. on the other hand, we are sure if we, consumers, really need such as go between when entertainment is in abundance on the Internet which is accessible in most of today’s devices.