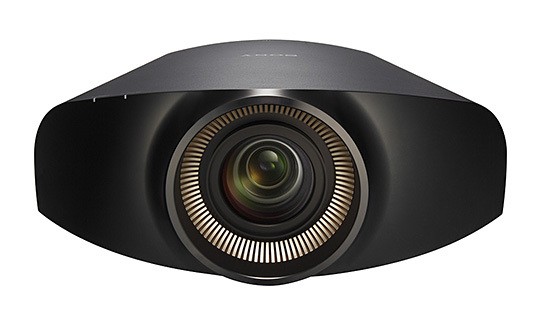 at the first glance, you might mistaken the new Sony VPL-VW1000ES 4K Home Theater Projector as some robotic spy eye but of course, it isn’t. behind that huge glass eye is a projection engine that’s capable of an eye-watering 4K resolution (i.e. 4096 x 3112 pixels) that will make any discerning viewer’s weep with tears of joy and awe. though it is worthy to note that there are no native 4K resolution movie disc out there in the market at this moment but do not fret, as this world’s first 4K home entertainment monster features a Super Resolution 4K “upscaler” that will turn any 2D and 3D 1080p content to 4K resolution.
[ad#Google Adsense-text-468×60]

under the hood is a newly developed SXRD 4K panel that is said to give deeper blacks and thanks to Sony’s Iris3 technology, it can achieve a staggering 1 million: 1 dynamic contrast. superb clarity is nothing without a larger than life brightness, and hence this machine is blessed with 2,000 ANSI-lumens of brightness – which is almost twice as much as Sony’s previous home theater projectors – throwing a screen size of up to 200-inches (diagonally, of course). the Sony VPL-VW1000ES 4K Home Theater Projector is slated to be available in December through Sony’s network of A/V specialists and custom installers with a price tag of around $25,000. another look and the official press release after the break.

INDIANAPOLIS (CEDIA Booth #1803), Sept. 8, 2011 – Sony Electronics today introduced its VPL-VW1000ES 4K home theater projector, once again demonstrating its leadership by delivering a first of its kind high-resolution home entertainment experience. The new ES (Elevated Standard) model is the world’s first home theater front projector that has been specifically designed to meet the needs of custom installers and is capable of displaying stunning 4K images that provide entertainment enthusiasts with a more immersive, engaging visual experience with over four times the resolution of HDTV.

“Sony continues to push the boundaries of high resolution video from the lens to the living room,” said Mike Abary, senior vice president of Sony Electronics’ Home Division. “In similar fashion to our industry leading 4K Digital Cinema projectors, our new VPL-VW1000ES 4K home theater projector has been created to not just meet but exceed the needs of the most discerning and demanding home entertainment enthusiasts. It will allow them to become totally involved in the viewing experience and much closer to the action on the biggest home theater screens, with images that deliver considerably more detail and fewer artifacts.”

NOW READ  Sony PlayStation 5 Breaks Cover And It Has Not One, But Two PS5 Systems

With 2,000 ANSI-lumens of brightness, the VPL-VW1000ES delivers nearly twice the output of previous Sony home theater projectors, making it suitable for screen sizes up to 200 inches diagonally. The VW1000ES also employs an entirely new SXRD 4K panel, which produces outstanding deep blacks; when combined with Sony’s Iris3 technology, the projector can achieve an incredible 1,000,000:1 dynamic contrast.

In addition to supporting 4K native resolution, the VW1000ES projector also features an exclusive Super Resolution 4K “upscaler” that dramatically enhances 2D and 3D 1080P content, allowing the viewers to get the most from their existing Blu-ray Disc™ libraries at home. For greater versatility, it has a built-in transmitter, it has picture position memory which memorizes the position of the zoom lens, and it supports 2D and 3D anamorphic films.

The VW1000ES offers a variety of installations options, including dual triggers, a 2.1 motorized zoom, expanded throw distances, an RS232 interface, control over IP and compatibility with the leading home automation systems.

The VPL-VW1000ES is just the latest in a complete series of Sony ES projectors that are available exclusively to custom installers. Last year at CEDIA Sony released its first 3D home projector, the VPL-VW90ES, and in June of this year, the VPL-HW30ES projector joined the line as a lower-cost, high-performance 3D model. Most recently, the VPL-VW95ES was announced at IFA as a mid-level 3D home projector option.

Pricing and Availability
Sony’s new VPL-VW1000ES 4K home theater front projector will begin shipping in December through Sony’s network of A/V specialists and customer installers for under $25,000. “With its truly advanced resolution, the new VPL-VW1000ES 4K home theater projector delivers on the promise of the future of home entertainment – today,” concluded Abary. “It proudly showcases Sony’s commitment to innovation, quality and design.”
[/toggle] 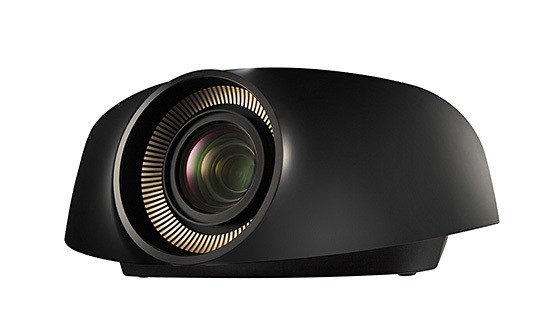