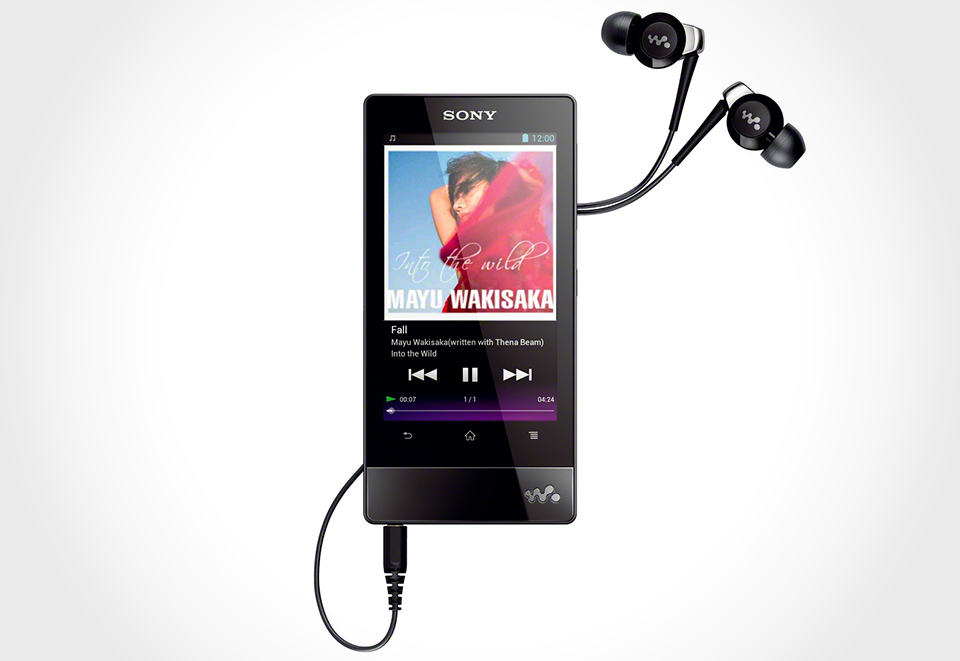 is there still a place for portable music player since smartphone can do just about the same thing? probably yes, if it could do more than just spinning your favorite tunes like what iPod Touch offers, though it could still be quite a rough ride. despite this obvious fact, Sony has pushed ahead its answer to Apple’s iPod Touch with its latest Android-powered Sony Walkman F800 Series. powered by Android 4.0 ICS (surprise, surprise), this flagship portable media player features a 3.5-inch multitouch display, a NVIDIA Tegra 2 dual-core processor, built-in xLOUD speaker system, along with the usual condiments of WiFi and Bluetooth connectivity. the F800 comes pre-installed with a range of apps including email and maps and if that’s not enough, more app selections can be downloadable via Google Play. other highlights include S-Master MX Digital Amplifier, a dedicated W button for quick jump to the music app, and Sony’s proprietary technologies such as Clear Audio technologies and digital audio fidelity technologies for “richer, bolder and louder presence.” the Sony Walkman F800 Series is slated to be available this August and will carry a retail price tag of $269.99 for the 16GB model and $299.99 for the 32GB.