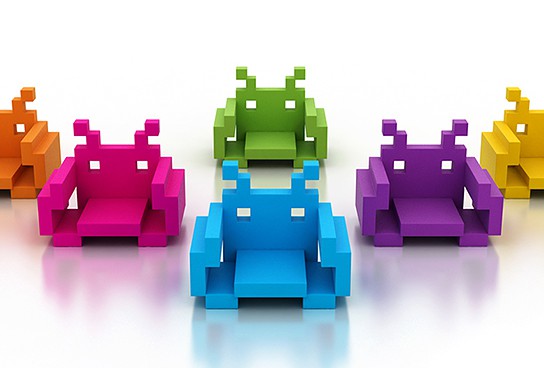 in the classic arcade game, Space Invaders, the alien invaders are the bad guys while you play as the poor spaceship down beneath trying to stop their invasion (presumably as the good guy). correct? however, it turns out that the ‘aliens’ are more iconic than the hero. how do we know? just take look at these Space Invader Chairs, you don’t see any chair styled after the poor hero, do you?
[ad#Google Adsense-text-468×60]

the Space Invader Chair is the brainchild of Dorothy, a collective of like-minded people (read: designers) “working on unlike-minded ideas.” you get the idea. if not, just drool yourself over these cool chairs which you secretly hope to have them in your humble abode. admit it. you want it so bad, don’t you? sadly, these compact foam seating in a variety of cheerful hues are not available in the market. as at now, they only exist as prototypes.

i am totally sold. next is to design one that represent the hero and lay them all on the carpet that resembles the blackened starry space. perfect. nah. that’s just my fantasy, not that Dorothy will do that. 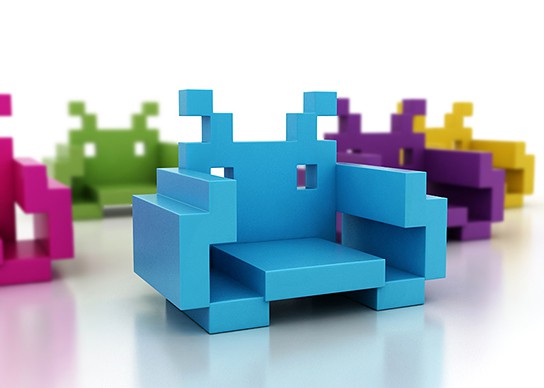 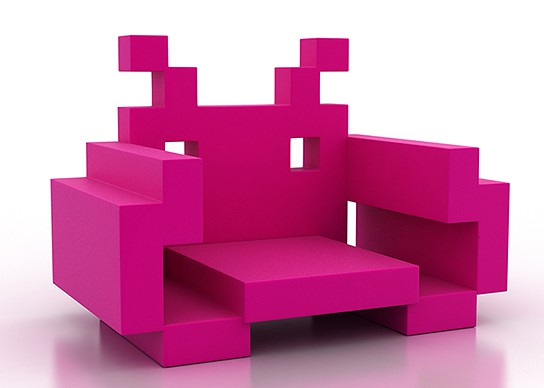