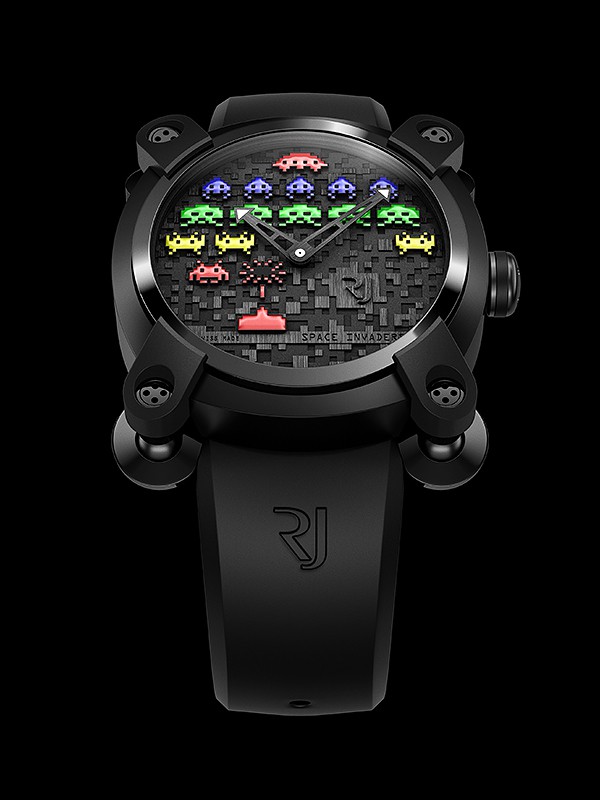 here’s another reason for fans of Space Invaders, the arcade game that graced the arcade machines of the 70s and 80s, to rejoice. Swiss watchmaker Romain Jerome (JR) has released its first watches after the signing of the official agreement with TAITO Corporation. there are many things from TAITO that arcade gamers love but what’s more appropriate than to base a watch on the iconic Space Invaders? last week, JR announced two limited edition watches paying tribute to the Space Invaders game which was born in the year 1978.
[ad#Google Adsense-text-468×60] essentially, both limited edition watches – each having a limited production run of 78 pieces – are the same except for the dial design. one of which depicts the pixelated Space Invaders in their colorful guise, while the other has the pixelated alien invaders in a glow-in-the-dark form. though both watches look stunning, but i thought the colorful version pays a true homage to the original Space Invaders. no word on its pricing and availability at this point but you can quench your thirst for these beautiful watches with a few more images after the break.