There are in-car mobile phone holder and then there is the Star Wars In-car Mobile Phone Holder. I do not know who made it, but from the looks of it, this is an officially licensed merchandise. There is really nothing much here that should cause a stir. It is just a universal mobile phone holder that looks super cool because, TIE Fighter. I mean, seriously, who doesn’t love these lovely Imperial space fighters that somehow managed to make sound travel over vacuum space? 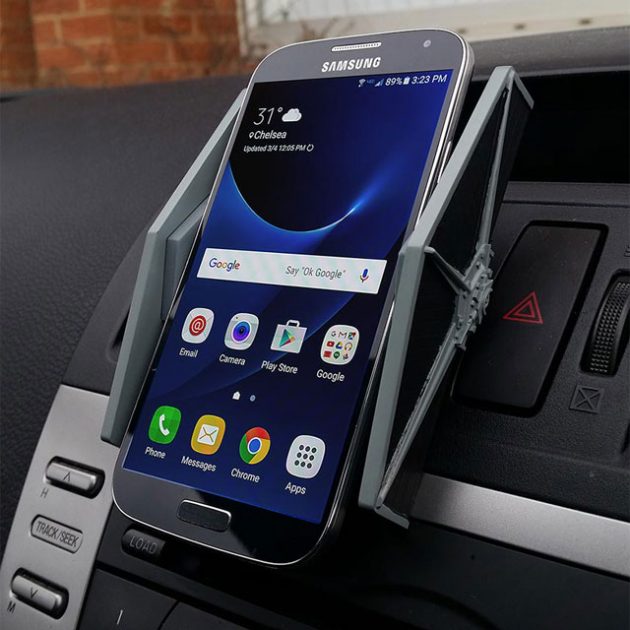 It will fit most phones as long as they the device’s width is between 55 and 80 mm (2.1-3.1 inches, and so, yeah, it will hold your ancient Nokia phones too) and it is designed to be attached to the air-conditioning vents of most cars (read: those with vertical or horizontal slats). This is one TIE Fighter that will not make it to the galaxy far, far away. Obviously, it will be more at home if you pledge your allegiance to the Imperial, but it is OK if you don’t.

It won’t threaten to eliminate you there and then.It is just here to grip your device. That’s that and oh, also looking downright cool. Perfect to go along with your Darth Vader USB Car Charger (and to some extend, the R2-D2 USB Car Charger). Bobblehead Stormtrooper is entirely optional, but it will be cool if you have a couple of those on your dash. Just a suggestion. You can find the Star Wars In-car Mobile Phone Holder just about everywhere online, including Halfords. 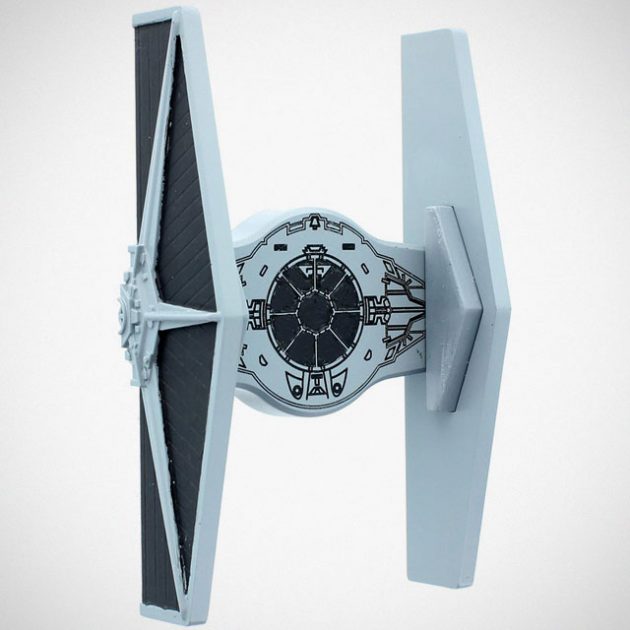 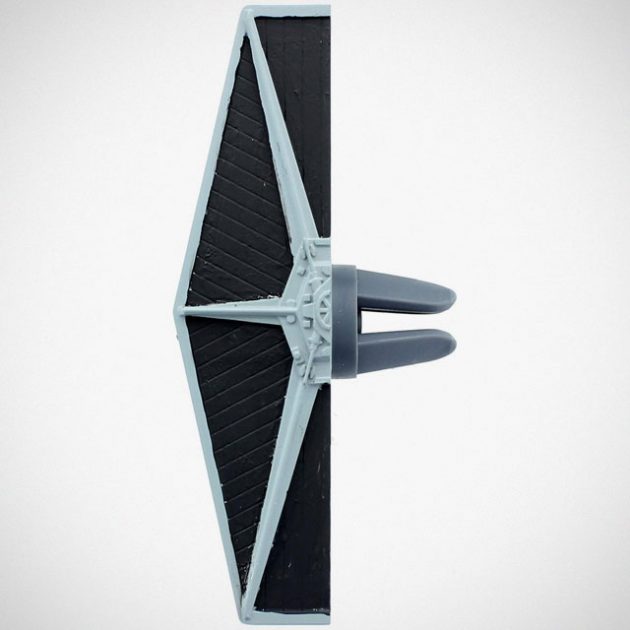 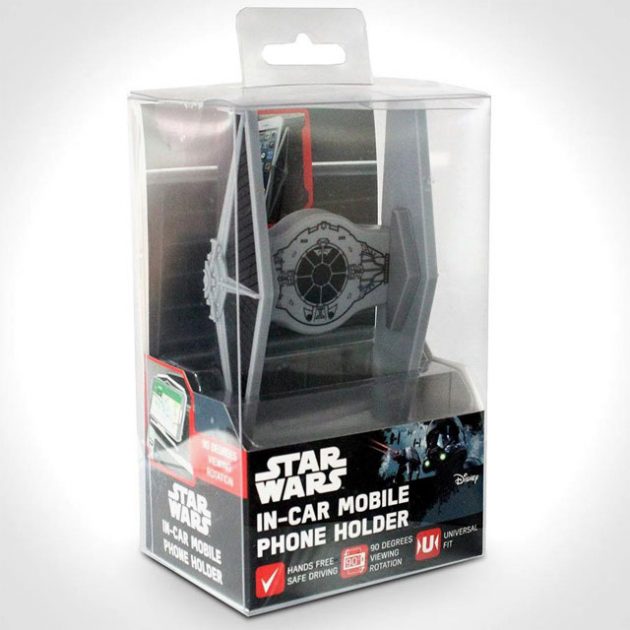