if accessing your smartphone and other nitty gritty stuff from your desk has become a treasure hunt rather then a grab-and-go affair, then the STATION Desktop Organizer might just be the accessory you will need. carved out from a single piece of bamboo, a highly sustainable natural material, the STATION is a minimalist desktop tidy that offers a slot for your iPhone or other Samsung GALAXY-sized Android devices, along with a dedicated slot for a pen and a larger slot for your other stuff such as paper clips, USB flash drive, loose change, keys and even your sunglasses. it is an exceeding simple idea but one that works really well. the maker even went to the extend to ‘label’ the slots according to their respective uses i.e. ‘pen’ for pen slot, ‘phone’ for the smartphone slot (or cradle, if you prefer) and ‘stuff’ for, well, all other stuff, which we thought was a nice touch, but not that we needed it but it looks kind of cool anyway. the STATION Desktop Organizer was a successfully funded Kickstarter project, but if you missed it, fret not cos’ you can now grab yours from BiteMyApple.co for $39.99 each. 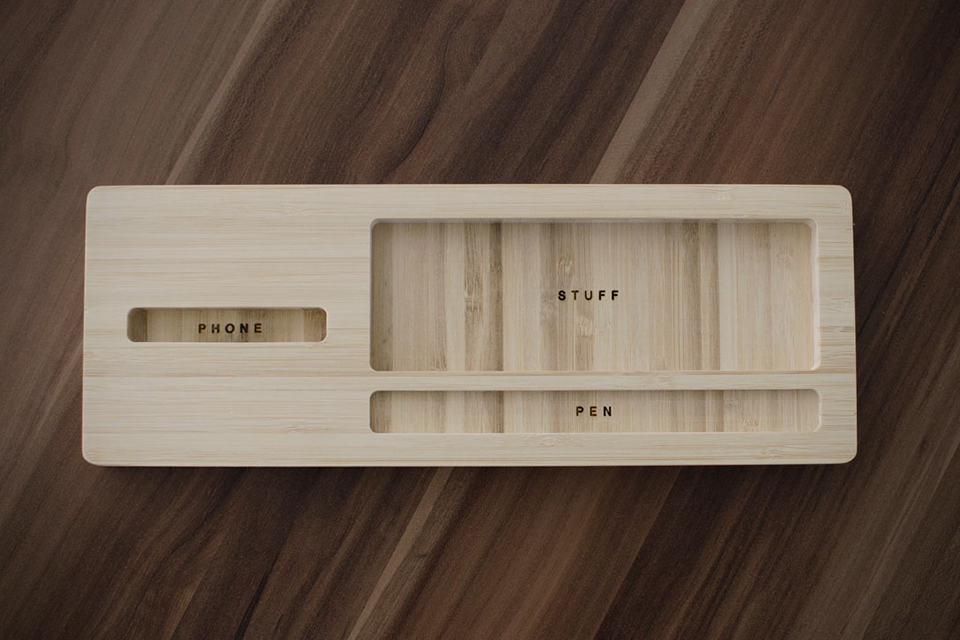