Good news, Apple Watch users who have an affinity for all-thing steampunk. Etsy seller JoyComplex has just the right stuff that will add a dose of steampunk to your Apple Watch. Nope. It will NOT turn your Apple Watch into a steam-driven gadget with cogs and gears. Neither will it emits lovely steam, but it will make the watch look, well, steampunk-ish and that’s all that matters, right? And yes, it is an Apple Watch cover, but mind you, this isn’t just any cheap look-like-metal-plastic cover. This thing is of hand-casted metal made specifically for 42mm Apple Watch. 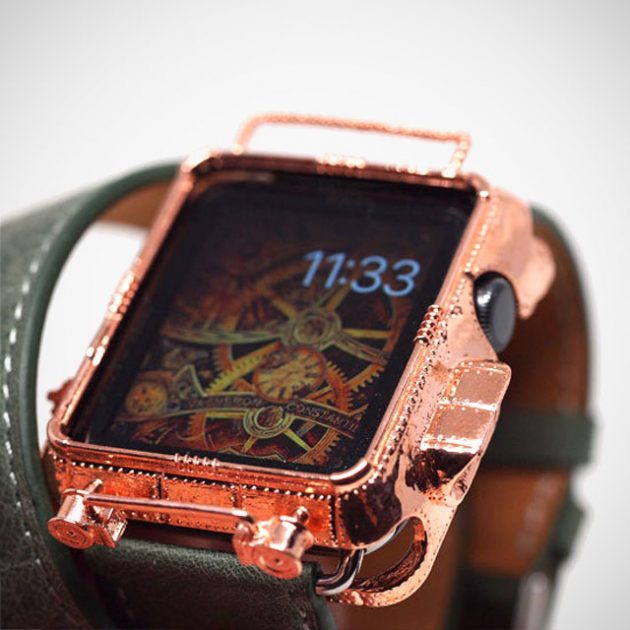 It comes in a choice of metal: silver, bronze or copper. The latter is further available in choice of shiny copper, or the more rugged distressed look. But seriously, if you want steampunk, then copper is the obvious choice. The cover features much details, including non-functional (obviously) cogs and gears (oh, it has those!), faux coiled wires and faux riveting, all which are synonymous with steampunk machines. Now, before you jump into it, you have to know that this awesome cover is a bit of a vanity bit. Yes. Many such accessories address the vanity in us, but this one here is a tad different. It is more of a form follows function, or the lack thereof. 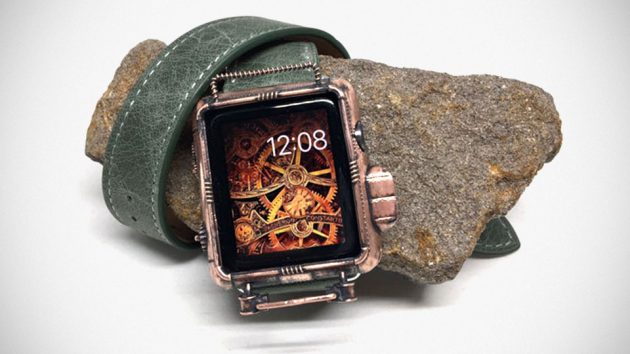 It is nice for its creator to give us a heads up that the cover does sacrifice a teeny weeny bit of the function, specifically the side button (the digital crown remain accessible though). The thing is, the side button is not entirely inaccessible, but it will be a tricky and may require you to employ your pinky to do so. Also, it does not come with the band (which Amazon has in abundance). If Steampunk-style 42mm Apple Watch Cover by JoyComplex piques your interest, you may want to consider acquiring it on JoyComplex’s Etsy store.

NOW READ  With The Kensington StudioDock, You Can Kind Of Turn An iPad Pro Into A Mini iMac

However, it is not going to cheap. Expect to plonk down $120 for the shiny copper version, or $150 for the distressed copper finished (my personal favorite, btw). If bronze is your thing, then good news, it is cheaper at $90, but silver will set you back at $120. 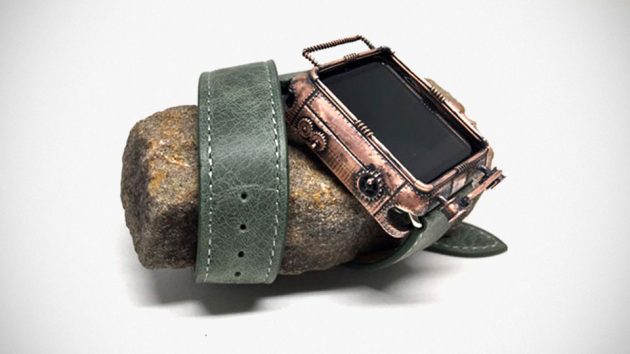 Etsy via The Gadgeteer.