Nordstrom is no stranger to expensive fashion, but as it seems, the fashion retail giant has a penchant for the weird and quirky products too. After trying to sell you a 85 bucks rock, Nordstrom again made headline and this time it’s for selling a pair of fake mud-coated jeans for a cool $425. What makes this so hilarious and a sure-fire headliner are the price tag and the mud. The controversial feature (if you can call it a feature at all) of the jeans, called Barracuda Straight Leg Jeans, is what Nordstrom described as “caked-on muddy coating” on top of the “heavily distressed” denim that supposedly embodies “rugged, Americana workwear that’s seen some hard-working action.” 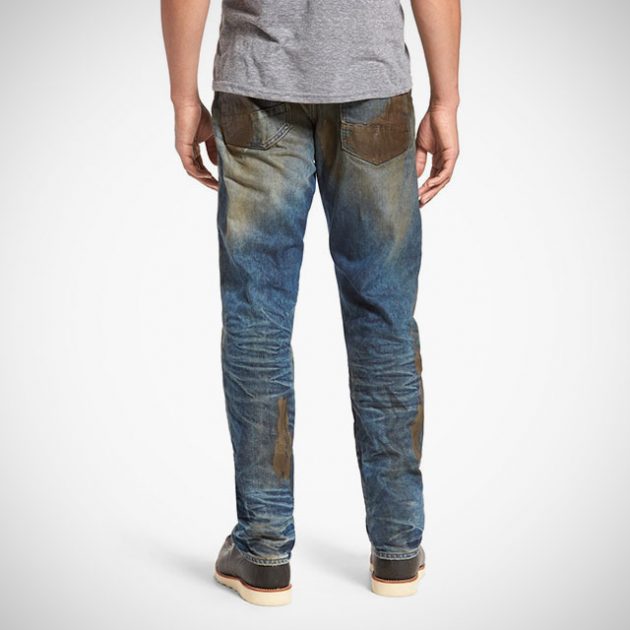 As unbelievable as it sounds, mud-coated jeans is indeed a thing. Jeez. I can’t imagine who will be into it. Perhaps, this pair of high-end dirtied jeans is designed for those who like to show off they have “worked hard” but they didn’t actually work at all. Or maybe to show how clumsy a person he is because he can’t keep himself a little cleaner when working? Or maybe, just maybe, it’s a public announcement to say, “hey, look! I fell into a mud pool and I am proud of it!” I don’t know. Whatever it is, it is ironic to say the least. It is safe to say a person who can or willingly to drop over 400 bucks for a pair of denim, is likely a person who don’t need to “get down and dirty.”

Obviously, this radical “style” did not go down well with a lot of people, including host Mike Rowe, the person no stranger to “Dirty Jobs.” Apparently, Rowe stumbled upon the fake mud-coated jeans and being a person who work for the mud, so to speak, he was quick to blast down the Barracuda Straight Leg Jeans, calling it a “costume for wealthy people who see work as ironic – not iconic.” Well, I couldn’t agree more, Mike. Distressed, pre-faded jeans, or even jeans that looks like they have been shot by a squad of SWAT are fine by me, but the fake mud thing is seriously beyond ridiculous.