Before you can experience the glitz and glamor of a singer, you will have to cut yourself a song or two. And getting there isn’t cheap. Although YouTube, along with the likes of iTunes and Spotify, have made the dream a little easier to attain, to cut a song, you will still need at least a studio and a studio is every singer’s stumbling block. The dollars required for rental is nothing less than outrageous, let alone owning one decent facility where you could croon in. The solution? Studio Stick. Instead of shelling out hundred of dollars per hour for someone else’s studio, Studio Stick offers an affordable, permanent solution which you can stash at one corner of your room. Being a studio-in-a-tube, your studio could be anywhere you want it to be, even in out in the wild. 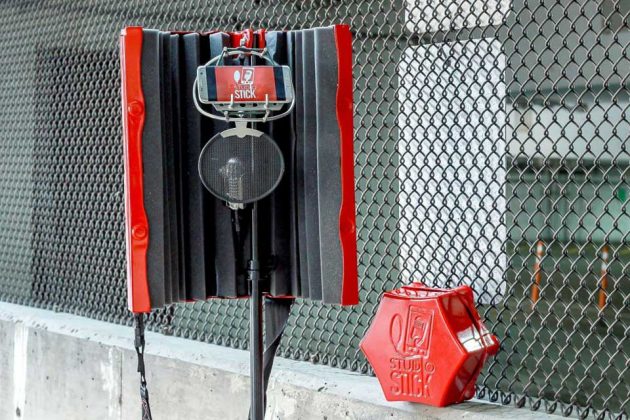 Studio Stick is the world’s first portable recording studio for smartphones that will allow you to record high-quality songs/audio wherever, whenever and without costing an arm or a leg. Its easy-to-carry 20-inch container opens and expands into a mini studio, complete with microphone, pop filter, mic stand, reflective filter, and a universal phone holder that fits most smartphones and tablets. When use in conjunction with the Studio Stick mobile app, you can record, mix, master songs as if you were in a traditional recording studio. In addition, you can start earning your keep by selling your works directly to other users of the app, via the app marketplace, or simply push your songs to online music platforms like iTunes, Google Play, Spotify, also via the Studio Stick app.

Just in case you are skeptical, Studio Stick is actually a winner on Steve Harvey’s Funderdome, which was aired on September 24, 2017 on ABC. Brandyn Armstrong, the brainchild behind Studio Stick, has taken to Kickstarter to help bring the product to life. If you love what it offers, you can show the product some love by backing the campaign. For $274 or more, you’d be securing yourself a unit, but of course, that’s only if the campaign meets its set funding goal. 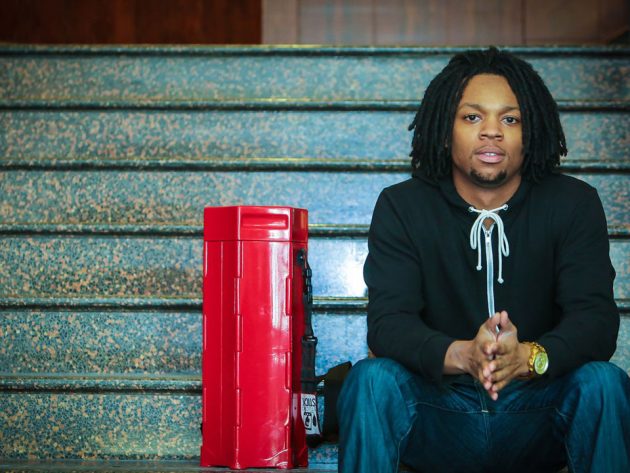