Have you wonder what lurks in the subway and subway trains? I guess the answer to that question is subjective, depending on your beliefs, but what if, just what if, there are monsters invisible to our naked eyes amongst us? Hard to imagine? Well, it don’t take a lot to imagine because doodle artist, Ben Rubin AKA Subway Doodle, already have you covered. He has imagined monsters in stations and trains as fellow commuters, sometimes even hitching a ride in someone’s backpack, or observing us as we stare at our phones, read our books, or taking a shut eye, oblivious their “existence.” And oh, some of Ben’s creations AKA creatures are kind of into smartphone too: 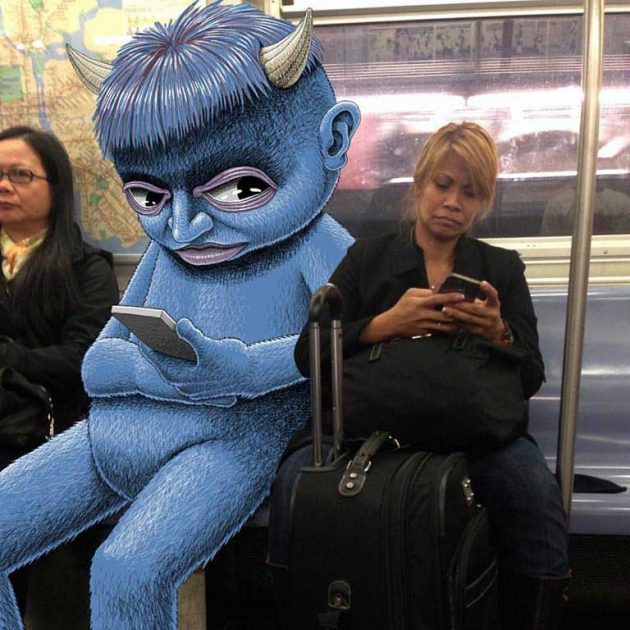 Ben created these characters on his iPad and fused them with pictured capture in subways, and the result is nothing less than spectacular and sometimes, humorous, even. We are particularly drawn to adorable monsters who seem to be enjoying a cuddly time with sleeping commuters. Come to think of it, perhaps it was these cuddly monsters that some people sleep so well on a train, like this guy: 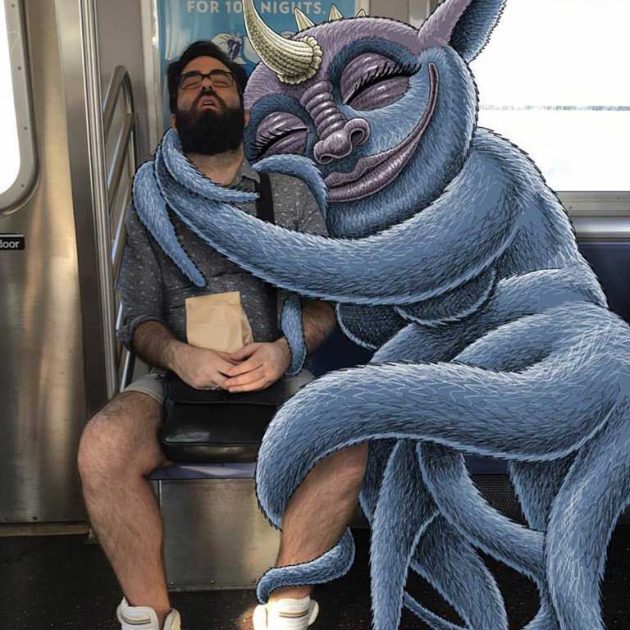 And this guy too: 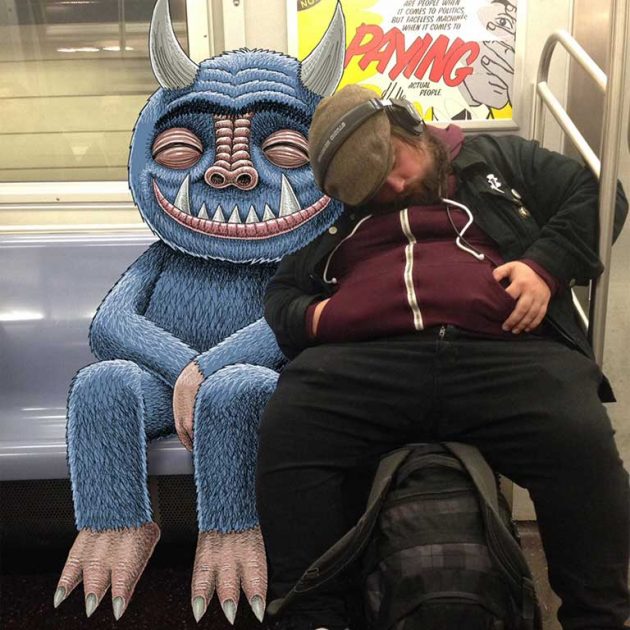 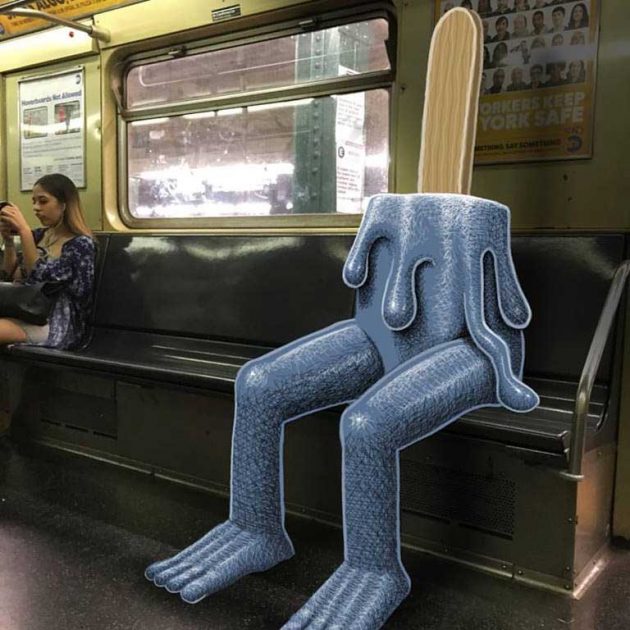 Have you wonder why sometimes your backpack feels heavier than it supposed to be? Maybe, this was what weighing you down. Just maybe… 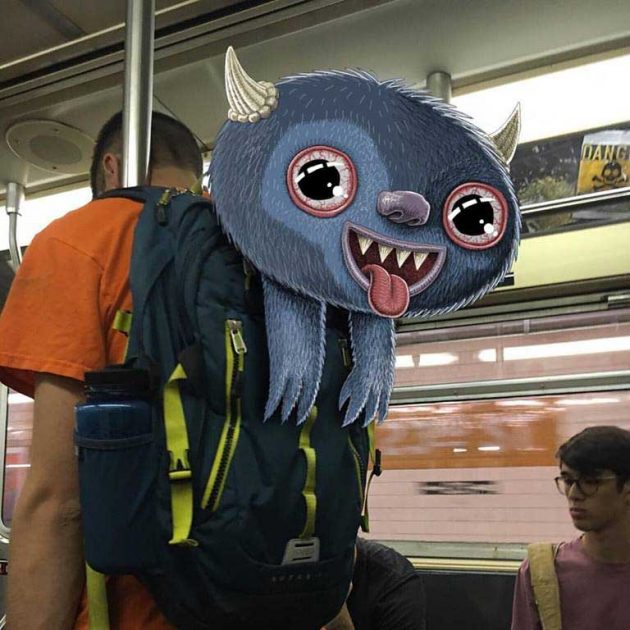 You stared at it all-day. It is also doing the same too, which is kind of creepy. 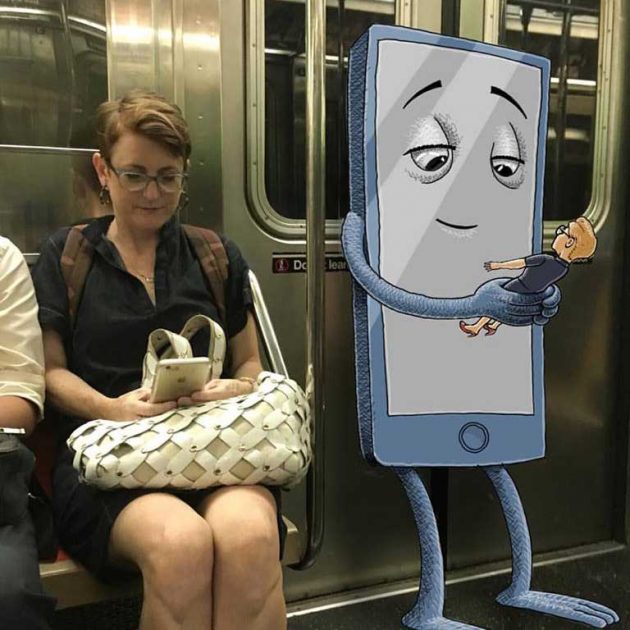 And the occasional chill and goosebumps while on an empty car? Uh no. I don’t even want to go there. 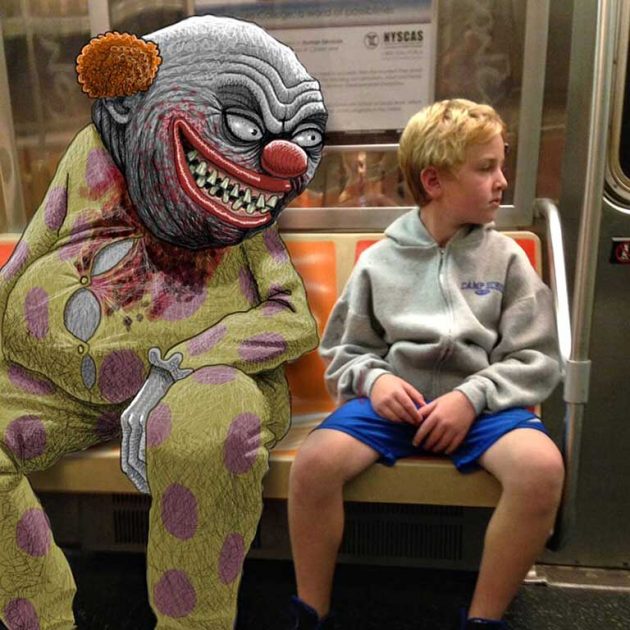