No, that’s not a pre-CGI-skinned Optimus Prime – that’s Caron Arnold, creative director of St. Louis-based marketing agency, Fusion Marketing, behind the costume she made using only Amazon Prime boxes. How fitting! You know, Amazon Prime and Optimus Prime? Get it? Get it? Anywho, with the Amazon Prime boxes she has amassed over god-knows-for-how-long and those contributed by her colleagues, Caron cobbled up this strangely attractive costume which bagged her the best Halloween costume contest in her office. Of course, why wouldn’t she win? It is a freaking Prime and Prime always win! But we are baffled by why would anyone keep those boxes around after retrieving the contents and also obviously, she has quite a bit of orders coming from Amazon.

Speaking of which, with the Prime logo around, one cannot help but to wonder if it is an Amazon marketing stunt, though Caron reaffirmed that there’s no affiliation or whatsoever. Whatever it is, it is one heck of a parody costume and one that surely has a place in comic convention too. Who knows? Amazon Prime could be the next superhero, you know, saving you the agony of shortage of Gillette shaving blades and whatnot. It is indeed more than meets the eye. Good thing that Clint’s junior wasn’t in the contest cos’ he might give her Prime a run for her money. Just saying… 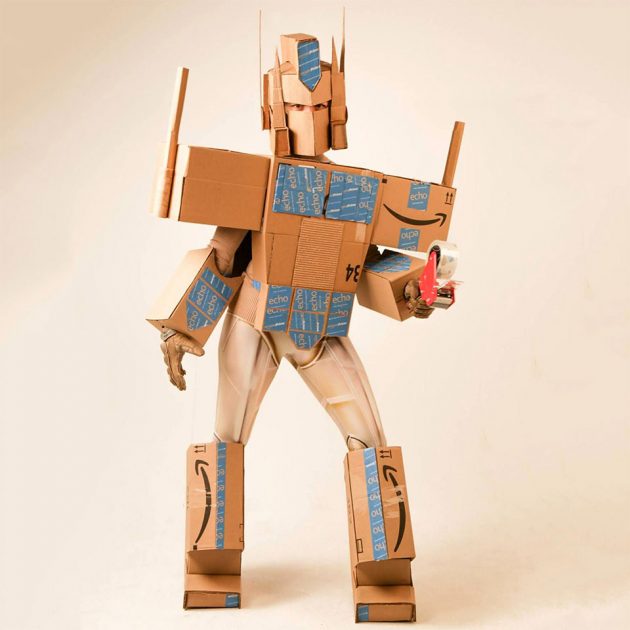