Famed Swedish-born, Monaco-based professional skier Jon Olsson love for cars is no secret. The man’s latest ride, a custom Lamborghini Huracan, is as stunning as his previous rides and guess what? He’s letting it go. Already? Yes. Already. He had it not too long ago, having clocked mere 3,800 km (2,361 miles) on it, but he’s already expressing the wish to sell this luscious ride for 250k euros (or about US$269,000 based on the current going rate), citing he need a 4-seater so he has no choice but to “part with this monster for now.” Wait. Didn’t he have had a handful of performance rides previously that are 4-seater? Hmmm… I guess mind always changes. 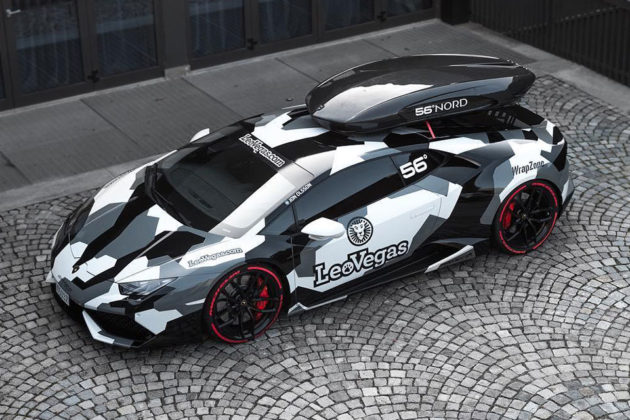 Anyways, according to the man himself, the build price of luscious Lambo was “close to 350k” and this princely sum was dropped in favor of several delightful upgrades including, but not limiting to, a drool worthy camo-wrapped carbon fiber widebody kit, a Jon Olsson requisite roof-mounted ski box, and a reworked 5.2L V10 engine that is now force-inducted with a supercharged to pump out more than 800 horses. No performance figures were provided, but with a car looking this good, would anyone care? Besides, Huracan’s performance is already breathtaking as it is (stock: 0-62 in scant 3.2 seconds!), so just take the extra couple of hundred ponies and the associated lightning quick hypercar-like acceleration as a bonus – that’s if you can afford the asking price.