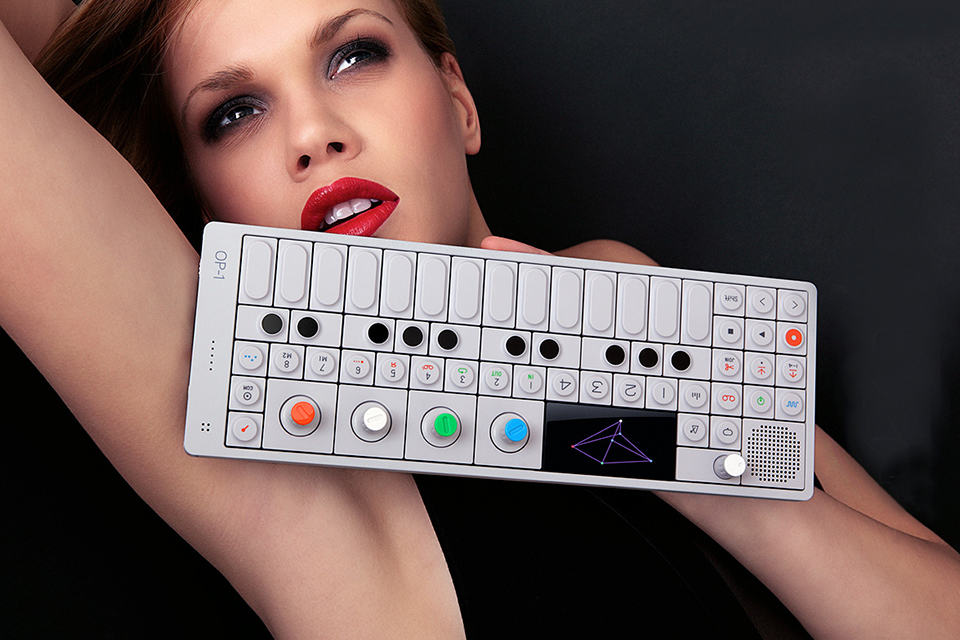 it looks like a toy, but it isn’t one. the Teenage Engineering OP-1 Synthesizer has a future-beauty to it that grabbed our attention even though we are not, we repeat, not, a big fan of beeping tones. future-like look it is, this particular electronic musical instrument is touted as an all-in-one portable synthesizer that is a sampler, controller and of course, a synthesizer but it does not stop there. also built into this new age synthesizer is a FM radio, a 4-track tape recorder with variable tape speed, 4-channel mixer with equalizer, effect, drive and master out and an assignable G-Force sensor for motion controlled effects. other features include eight built-in synthesizer engines, four rotary encoders and sixteen dedicated quick keys for fast selections, drag-and-drop audio files between your mac or PC when hooked up via USB and a built-in battery that’s good for up to 16 hours of electronic music making and if you decided store it, the same battery let you have more than two years of standby time. its toy-like multicolor design is not without reasons: the unique color coded interface with color graphics on the OLED display is linked to the four color rotary encoders as well as the legend on the keyboard, thus making it easier for aspiring electronic musicians to focus on doing what they do best without getting tangled in the technical aspect of the synthesizer. sweetening the deal is the official add-ons for the OP-1 Synthesizer: they are available on the firm’s website as free CAD files, ready for anyone who has access to 3D printer to download and print them or you could choose to purchase them on Teenage Engineering’s web store for around 10 bucks a pop. despite it toy-like appearance, the Teenage Engineering OP-1 Synthesizer is anything but a toy, especially not when it cost $849 to own.