Need something to light up your party? Well, fireworks is one good way to do so. On second thought, fireworks is kind of passé, plus it is so not personal. The action is too far away from the crowd. Intel’s spectacular drone light show is a good alternative, but affordability is problem. So, here’s another way: The Original Plasma Poppers by the one and only Al Stahler. OK. This is to a plasma gun, but the effect offered by propane is nothing less than enthralling and that’s not to mention the “light show” is on demand. On demand. Anytime you need It, you can fire it up. 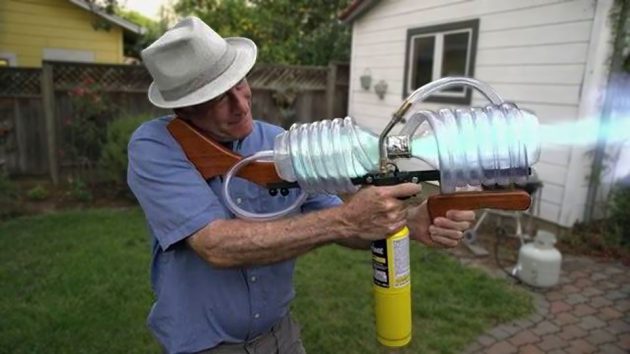 Now, we are not going to pretend we have seen this years ago; we did not. But whether or not you have seen it, here’s an awesome news: Al Stahler is ready to handcraft one for you and if he build one for you, it will come with instructions with bonus tips on how to create different effects to, you know, impress your party. Apparently, The Original Plasma Poppers video posted on Daily Planet went viral, resulting in the product flying off the shelves. At the time of this writing, both the Helical and Spiral versions, which cost $395 and $450, respectively, were sold out.

Like I said, Al is ready to made one for you and if you really want one, you have to get in touch with Fireball Shooting Gallery via the form HERE. Action video after the break. 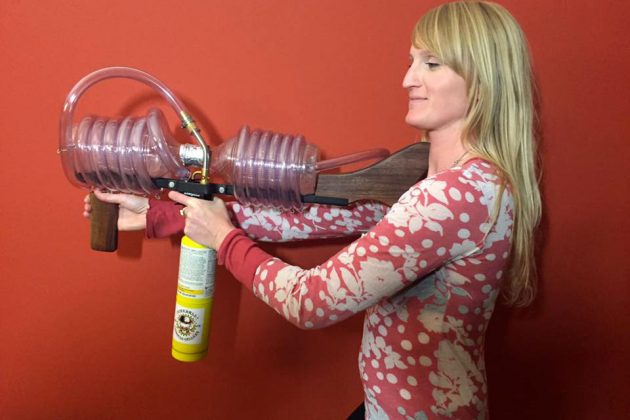