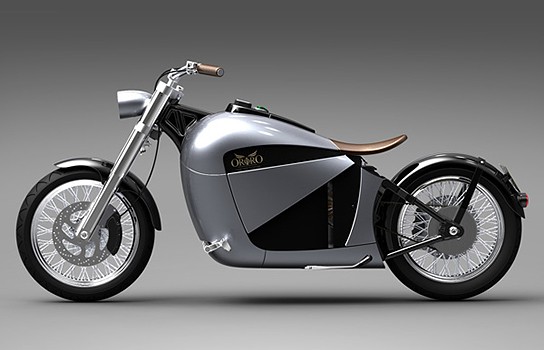 before Harley actually makes an electric cruiser, this Netherlands-made cruiser should be suffice for those who are seeking for an electric cruiser. dubbed the Orphiro, this battery-powered cruiser has a range of 60 miles (97 kilometers) and is capable of reaching a top speed of 75 mph (120 km/h). beneath its gorgeous exterior cover lies five lithium-ion batteries that can fully recharged in six and a half hours.
[ad#Google Adsense-text-468×60]

two things that set the Orphiro apart from the current electric offerings: first, it is designed and built from the ground up by company founder Alexander Steegh and his designers; second, it is not built for speed like what previous electric bikes have been built around. think Harley Davidson and you will grow to understand what the Orphiro is about. yes, it’s about cruising along an ocean view road, enjoying both the ride and the scenery but less the roaring and emission. the Orphiro will make its official debut come this September, after which it will take in orders for this sleek cruiser.

via Autopia / Bike In The Fast Lane