Beneath the nondescript, fatherly-like looking wallet lies a couple of nifty features. First, it has the power to recharge your mobile device, and second, it has RFID blocking function. Both features are something one probably never expect from such a, ermmm, traditional looking wallet. In any case, The Phone Charging Wallet is NOT the first to boast either feature, but somehow, the look, coupled with its ability to serve as a power bank and a RFID blocking feature makes it strangely attractive. OK. Maybe it is not entirely true. 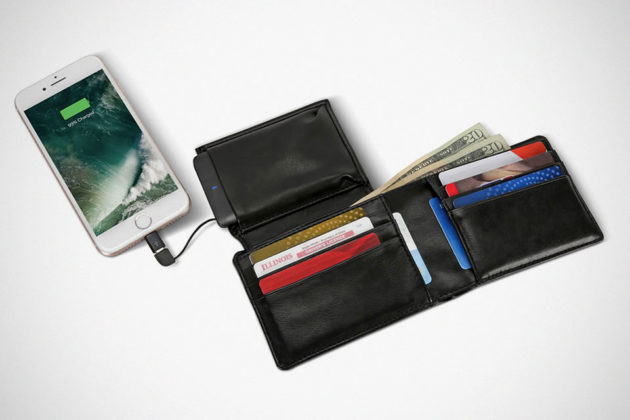 It is likely that it had our attention because, Hammacher Schlemmer, the purveyor of ridiculously expensive merchandises, actually has something affordable in its catalog. And how ‘affordable’ are we talking about? How does $49.95 sounds? I’d say it is reasonable, considering that it has a 2,500 mAh battery that fits into a credit card slot, plus it has a built-in USB charging cable so you’d not have to bring another and of course, the fact that the contents will be safe from digital theft. 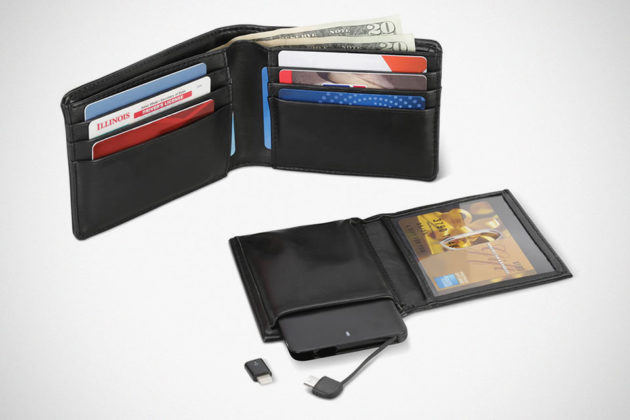 Those are in addition to its usual wallet duties, like an expandable interior that can stretch to fit up to 25 cards and 30 bills. The battery pack works for both Android and iOS device, and it comes with a Lightning adapter to serve the latter. Rounding up its limited, but useful feature list, is a man-made leather construction which should be a boon for animal lovers because, no animals were harmed in making this lifestyle accessory/gadget accessory hybrid.

If you are down for one, you will find it on Hammacher Schlemmer with the aforementioned $49.95 asking price. And no, we are affiliated to Hammacher. 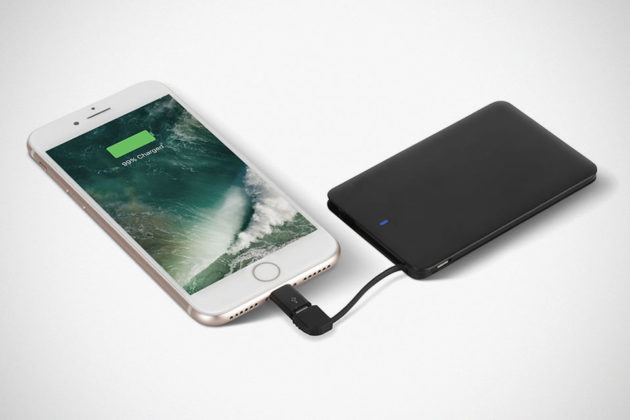 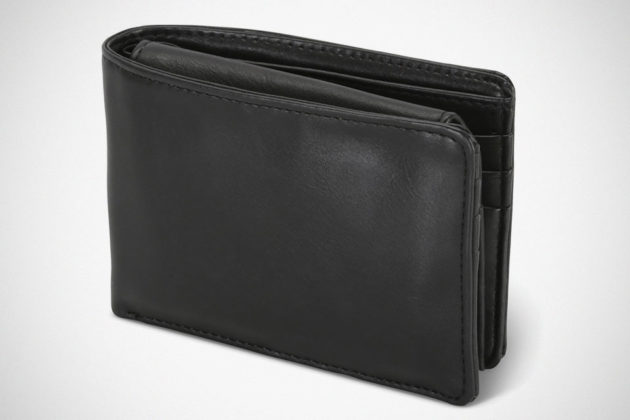