Recently, Xiaomi Mi Band 3 created quite a stir after one user found out that the latest fitness tracker from the China gadget maker is able to “pick up” the heart rate of a roll of toilet paper. Yes. You heard that right. It is official that toilet paper is alive! Well, kind of. The first video was posted on Chinese micro blogging platform Weibo and it sparked a frenzy of sort. Soon after, several people took it upon themselves to explore what else has “life” in them.

Videos of the fitness tracker strapped to everything other than the wrist started to pop up online. Bananas weren’t spared from being investigated either. The results were the same; they all appeared to have heart beats. And then, Chinese tech site Abacus stepped to make a video prove using a couple of other wearables, including Apple Watch Series 4 and an Android Wear device. Surprisingly, those two also picked up heart rate of inanimate objects. 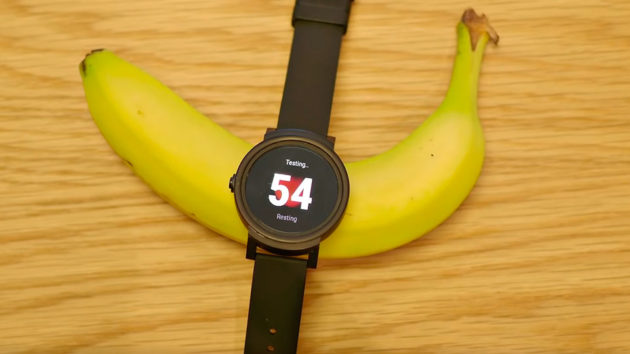 It was a revelation that makes one question the accuracy of this so-called heart rate monitor found in many of today’s smartwatches. But there is a logical explanation to this bizarre phenomenon. You see, fitness trackers and smartwatches use light to track the blood. The green light serves to illuminate the capillaries in the wearer’s wrist, while a sensor along side measures the frequency at which the blood flow pass. Using an algorithm, the smartwatch is able to determine beats per minute.

As you can see, getting the BPM is pretty much about whether the light is absorbed or reflected, and hence, any object that reflects the light will result in a reading. Mystery solved, but my take is, it has to do with the new light and sensor that newer wearables used because, I tried to replicate the same using the second-generation Mi Band, . Edit There was reading, but only if we did not press the band against the toilet roll like Abacus did. Here our tests:

This revelation inadvertently cast doubts over the accuracy of such devices which, as CNET learnt a few years ago, the so-called heart rate monitors work, but they are just not as accurate. In other words, don’t count on it if your life depends on it.

Then again, newer heart rate monitor tech could be more sensitive and thus resulting in the weird phenomena that seems to indicate bananas do have a life. I guess unless you are going to stack it up against the proven method like EKG (or ECG), you won’t be able to know. The main take away here is, just take this non-medical-grade device as a reference.