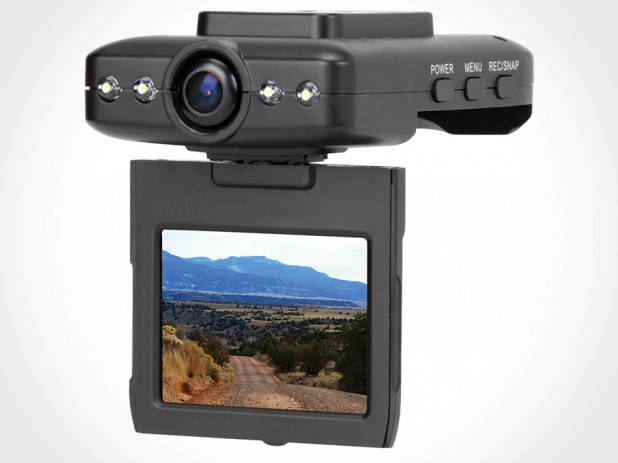 action cam let you captures your adrenalin pumping sports in first person view but for something a little less thrilling (or should i say, mundane?) like a roadtrip, you will need a gadget like the Roadtrip Video Recorder. it is video camera designed specifically for recording from inside your car. all you have to do is mount it on your windshield using its suction cup, flip down the 2.4″ LCD viewfinder and you are all set. the latter offers a 270-degree rotation, allowing you to view what’s being recorded or review the stored footage. four integrated LEDs ensure that your recording will still be visible during the night. the camera features a 120-degree viewing angle, an 8X zoom, and is integrated with motion detection that will trigger the recording once the car moves. storage of recorded video is via SD card (2GB included, expandable up to 32GB for up to three hours of recording). the built-in rechargeable battery is good for up to two hours of recording in between two-hour charging, which is charged via the car outlet adapter. other features include AV out for displaying the recorded video on the big screen and a USB port to facilitate hooking up to your computer. though the 640 x 480 resolution is hardly anything to shout about but at least it would leave your hands free to do other more critical chores like commanding your steering wheel, for example. besides scoring yourself a roadtrip story, its recording can also be an evidence in the event of an unfortunate accident. the Roadtrip Video Recorder can be yours to own for $129.95.