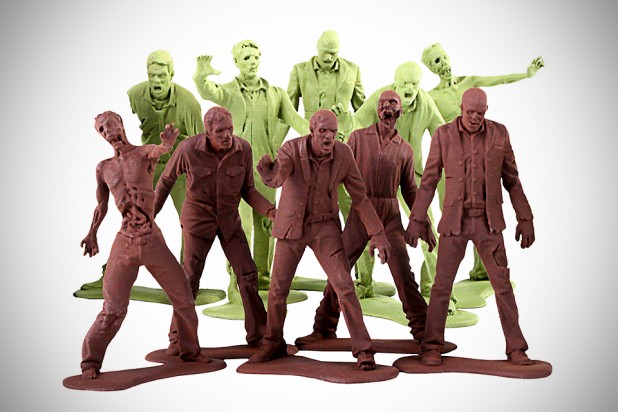 remember how you used to play with those plastic green army men when you were a kid? those cute little soldiers are vintages now and those that turn up in your local toy stores in recent time are, well, so passe (why do even make them now anyway?). in the 21st century, we (and kids alike) are still into miniature army toys but one that’s on the grimmer side of the story, like The Walking Dead Zombie Army Men. just like your good’o green army men, these two inch and five sixteen tall figures let you play out your fantasy of a strategic zombie warfare less the articulating joints, of course. these figures come in a pack of ten miniature walkers in various fixed poses and are available in a choice of green or tan. you can pre-order yours now from Gentle Giant with modest $13.99 price tag.