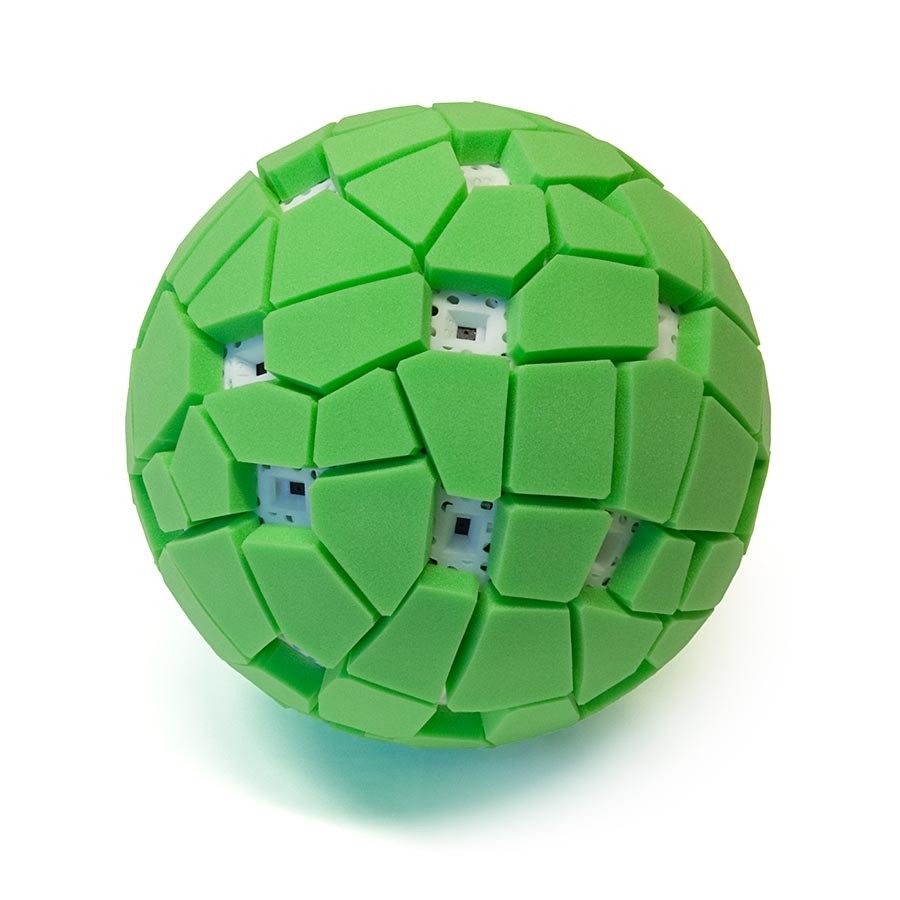 camera will remain as camera and as such, the words ‘concept camera’ is not something we often hear in the imaging world but that’s exactly what the Throwable Panoramic Ball Camera is. in a nutshell, this concept camera (with working prototype, i might add) that is shaped and handles like a ball, comprises of 36 fixed-focus 2.0-megapixels mobile phone camera modules mounted in a robust, 3D-printed enclosure that is foam padded, and has built-in accelerometer and a bunch of proprietary circuitry which enables the ball to take a panoramic snap while it is in the air. yes, the idea is that you have to throw this baby up into the sky and the built-in accelerometer will calculate its launch acceleration and initiate a panoramic still image capturing when the ball reaches its highest point – when it’s hardly moving.
[ad#Google Adsense-text-468×60] that’s highest point is supposedly the most stable period where the camera or ball ceased to move momentarily. that’s like a split second timing to us mortal beings but the beauty of this camera is, it is able to anticipate that moment and capture a sweeping panoramic image, including what’s below it. the images capture by the individual camera module are then stitched up within the camera itself, and is downloadable via USB connected to a computer, where it will be automatically shown in a custom viewer. apparently, the Throwable Panoramic Ball Camera has been in development since 2010 and it is now ready to be presented as the Emerging Technologies demo at the SIGGRAPH Asia 2011 (December 12-15) in Hong Kong. the Throwable Panoramic Ball Camera is based on the diploma thesis ‘Throwable Camera Array for Capturing Spherical Panoramas’ authored by Jonas Pfeil. a short product intro video is available after the break.