Evel Knievel, born Robert Craig Knievel Jr., was known for his daredevil stunts and records which remained largely unchallenged, but this week, on one calm hot day in Vegas, one person broke Knievel’s records. The person who did that was none other than Travis Pastrana, the man who readily jumped out of a plane without a parachute, the same man who has a thing for anything that rolled on wheels, and the man who recently took home a medal from Pikes Peak. 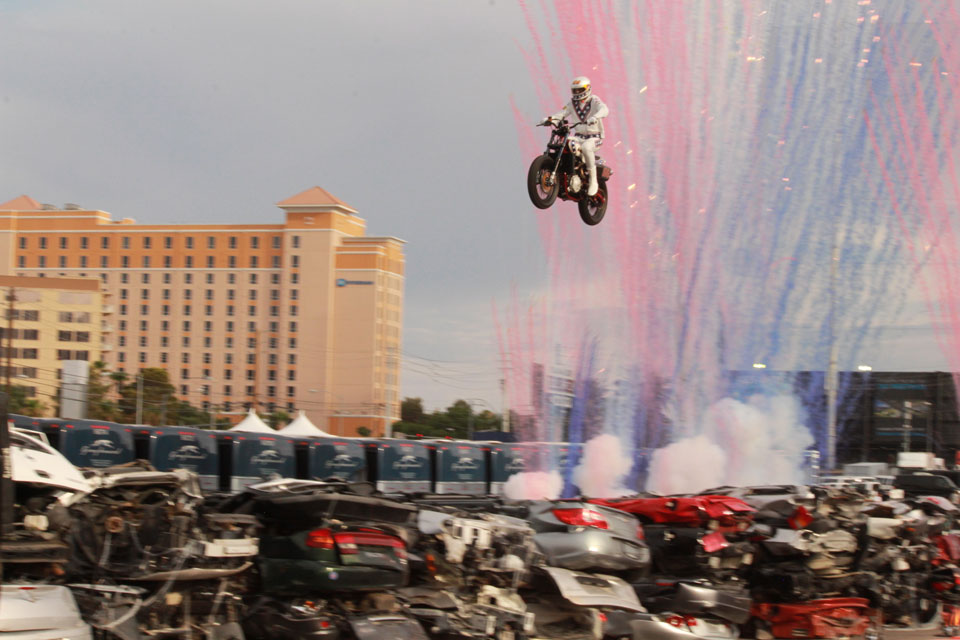 According to Jalopnik’s writer Bradley Brownell, who witnessed the historic moments unfolding, Pastrana made jumps totaling over 400 feet (121 meters) and he did so in an outfit that couldn’t be more fitting: the familiar starred jumpsuit with the obligatory cape and a matching star decorated helmet. First, he jumped over 52 cars, then he took the bike over 16 buses, and finally, wrapping up with a jump over the fountain in front of Caesars Palace hotel and casino. 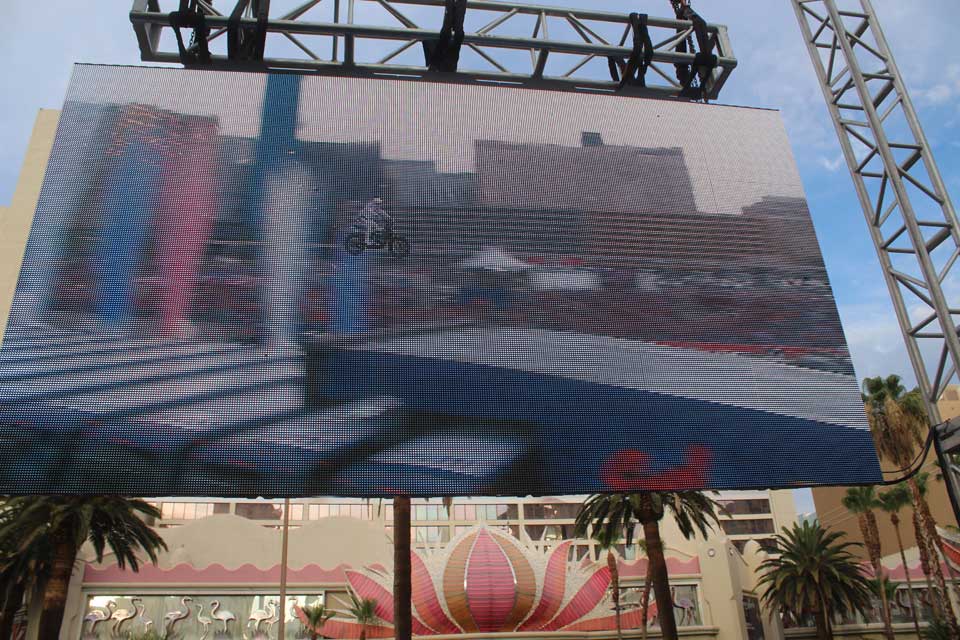 All three jumps smashed the record set up the legendary daredevil. Unfortunately, the record setting stunt replications were not executed on a Harley or Triumph like the legend always almost did. Instead, Pastrana was on an Indian. We didn’t find any video, though. However, if you are keen to learn the details of each and every jump he did on that historic day, you can read the detailed report by Bradley Brownell HERE. 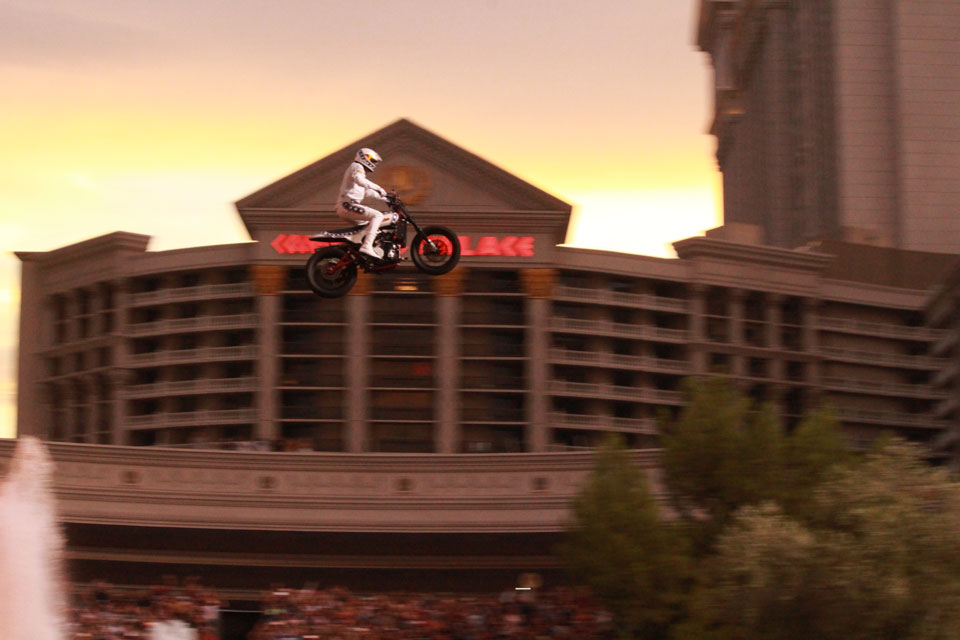