Calling out to fans of Deadpool. Here’s one good reason why you should be heading to this year’s San Diego Comic-Con: LEGO San Diego Comic-Con Exclusive Sheriff Deadpool Minifigure. If that’s not a good enough reason, I don’t know what is. In addition to the several SDCC exclusive sets (including the super cool Ant-Man bust), LEGO is bringing along this somewhat adorable LEGO Sheriff Deadpool Minifigure, mint in blister pack.

The blister pack card of this 5-pcs mini figure is super cool too, featuring a red-themed card with the Marvel Superheroes label, along with Deadpool logo beside the SDCC mark and a speech bubble coming out of the blister that says “HEY NERD, PSSST… Over HERE, I’M MINT IN BOX!” Cheeky! Just the thing you expect the antihero to say. That’s the good news. 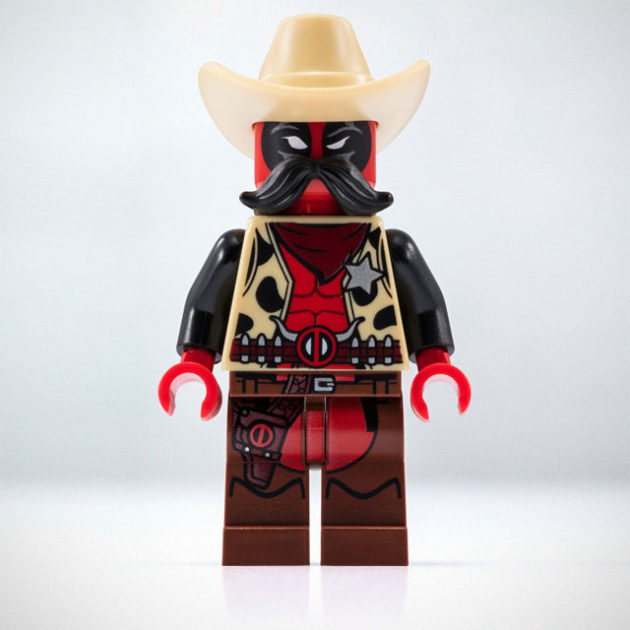 Now, here’s the not so good news. You won’t be able to buy the LEGO Sheriff Deadpool Minifigure SDCC exclusive outright. It can only be acquired through a lottery system at San Diego Comic-Con. That’s all we know for now. More details should be available at LEGO booth when the convention starts later this month.

No, wait. There is more. I won’t be able to make it there, but for those can make, you can hit up the official Comic-Con website from now till July 12 and get yourself a chance to be drawn to acquire these exclusive products. The draw is expected to happen on July 13 and whatever that are left will be pushed to the respective brand’s booths. If you don’t get yourself a head start, you are at the mercy of the balance stock at the show floor, if there are any left at all. 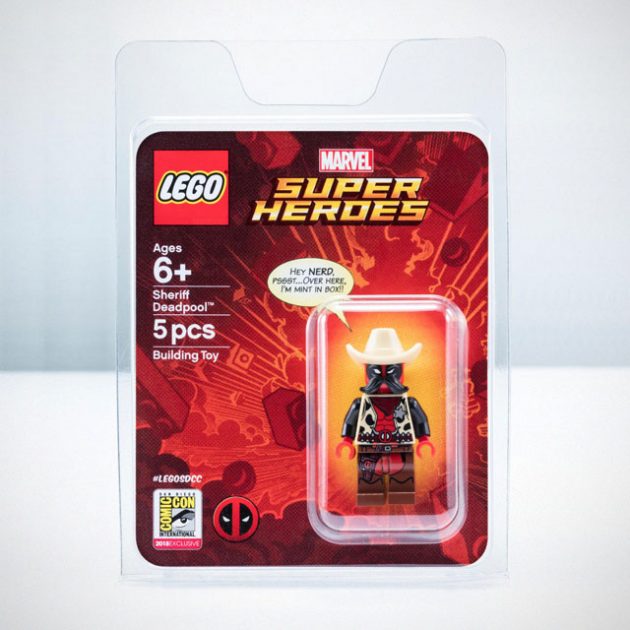