yes. it is yet another gaming headset, but what makes the Tt eSPORTS CRONOS Gaming Headset stands from the cohorts is its striking design (love the white!) and the price point. seriously, at just $59.99 a pop, you will be hard-pressed to find one that look this good. geared towards both casual and competitive gamers, the CRONOS is also the proud winner of the COMPUTEX d&i Awards 2013. setting the gaming statement is the Battle Dragon LED lighting on its on its earcups, and it comes bundled with a set of removable cables for use with PC, as well as a set for use with your mobile devices. a three-section LYCRA head-pad design is found on the headband that promised to minimize the pressure on the wearer’s head, while a bendable and pivotable omnidirectional microphone boom enhances the communication sound quality. a microphone mute switch is incorporated for controlling on-the-fly, along with a 3.5mm gold-plated plug for smoother signal and data transmission.

other key features include specially tuned 40mm neodymium magnet drivers and the obligatory fold-flat design for convenient storage. available in a choice of Tt eSPORTS CRONOS (black), as well as Tt eSPORTS CRONOS Combat White. the former will be available globally from mid-July 2013, while the latter will be reaching out to the world in the following month (August 2013). both are colors that somehow reminds us of Storm Shadow and Snake Eyes. are you sure these are not endorsed by G.I. Joe: Retaliation? another look after the break. 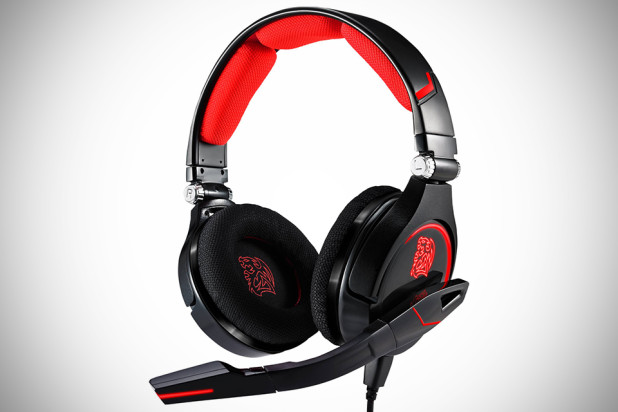