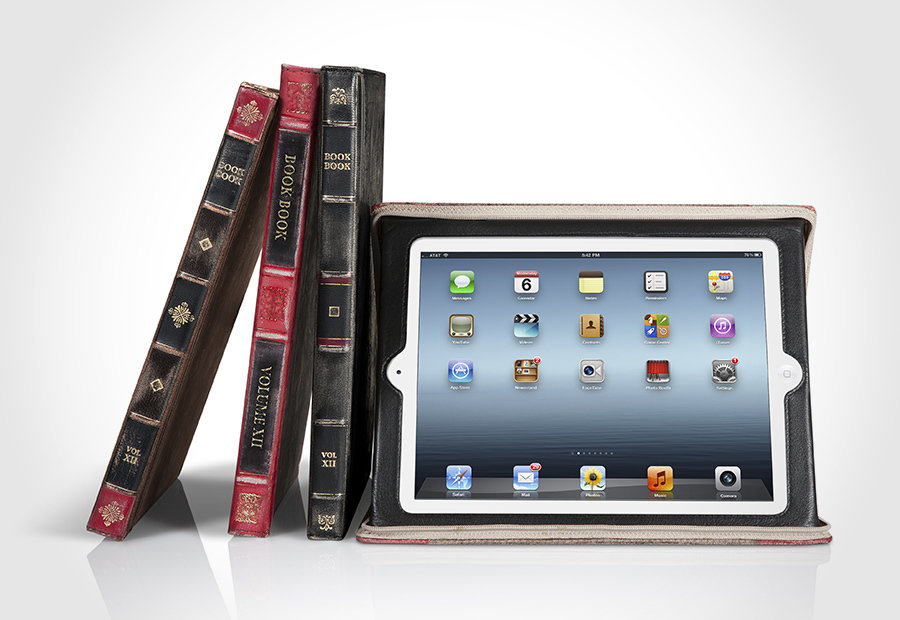 Twelve South’s awesome BookBook for iPad isn’t new. though we love its vintage look but was quite put off by that little elastic that goes across the iPad surface. no seriously, that rubber band do have some impact on style-conscious perfectionists’ purchasing decision. it looks like Twelve South has been keeping their ears opened and the result is the new BookBook for iPad, designed for the new iPad and iPad 2. it features an all-new interior frame, doing away with the unsightly elastic band and it is now 33% thinner than its predecessor and weighs in at just 358 grams, while still retaining its rigid spine and two hardback book covers that protect your iPad when in transit. other features include multi-angle display suitable for FaceTime or watching a movie, built-in typing stand and an all-new spine design to differentiate it from the previous model. like all BookBook models, the new BookBook for iPad is also crafted from hand-distressed premium leather so no two will look exactly alike. in this new edition, Classic Black joins the Vintage Brown and Vibrant Red color offerings and all three models are now available with a sticker of $79.99 a pop. check out a few more views and a product intro video after the break.