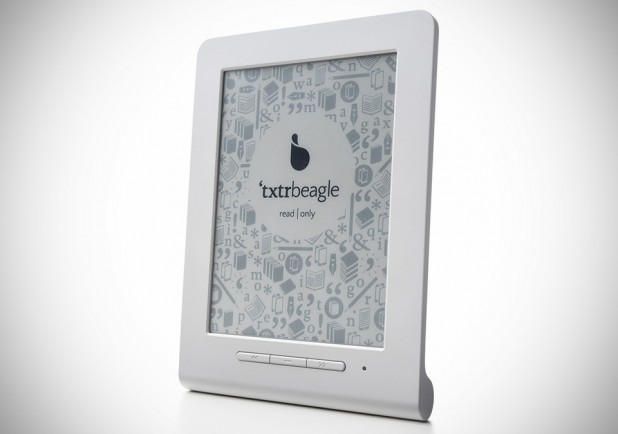 beyond its unpronounceable name, the txtrbeagle by Berlin-based txtr is set to revolutionize the e-Reader segment, well, not because of the technology that goes under the hood but for the extreme low price point of around £10 or about US$16 per unit. yes. you heard that right. a price that’s equivalent to today’s paperback you will get in brick-and-mortar stores. sporting a 5-inch E-ink display, stripped of any fancy backlighting, the txtrbeagle sport another major difference from the current e-Reader offering: it is powered by two AAA batteries instead of commonly used rechargeable pack and it boast an incredible battery life of over a year or between 12 to 15 books of ‘average read needs per year’. though, it could also use rechargeable NiMH batteries or if you prefer, disposable lithium batteries. 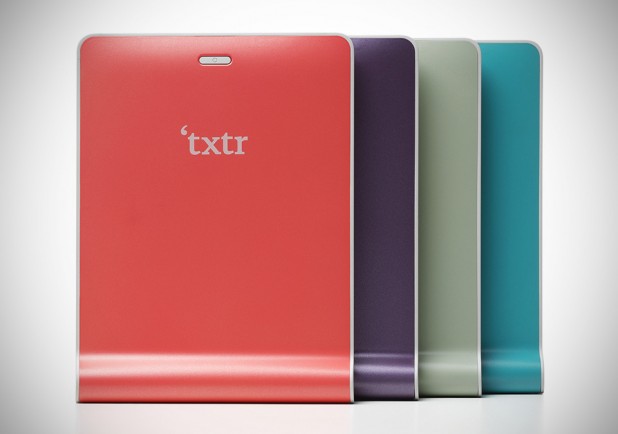 other features include 8 levels of gray with a resolution of 800 x 600 pixels, 4GB of internal storage (but no option for expandable storage), and surprisingly, Bluetooth connectivity that will facilitates the transfer of ebooks from your smartphone to the unit using a specially developed app. nothing particularly spectacular as far as technology goes but the idea of a low-cost e-Reader should give the ebook segment a boost now that there will be a truly affordable e-Reader that’s aimed squarely at “unlocking the mass market.” the fact that it has a long battery life span plus the convenience of replacing the batteries when it run out of juice should help kick it up the popularity chart. no word when it will actually hit the stores but you can register your interest over at txtr official website. in the mean time, you can see excitingly cheap e-Reader in action in the video after the break.