If you recall, we made an editorial about a revolutionary, flying saucer-like boat from the 50s two years ago. In the post, we believed that the notion of a round boat was preposterous, simply because it defies hydrodynamic principles, or so we thought. We didn’t believe anyone would ever attempt to make a boat round, but as it turns out, we couldn’t be more wrong; a Florida-based company called Ultra Skiff Inc. actually did. So, yes, Ultra Skiff actually designed and produces circular watercraft, which it calls UltraSkiff 360 Personal Watercraft. 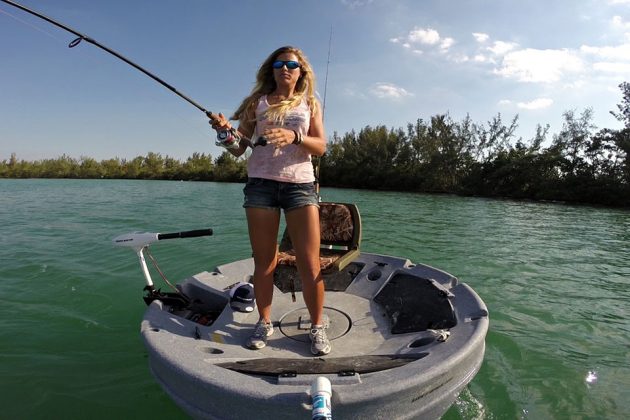 Granted, aesthetically, it look a lot less impressive than the flying saucer-shaped example from 1950s, but that’s ok, because it apparently works and perhaps more importantly, it is practical for almost any activity modern men and women loves to indulge in, including but not limiting to hunting, fishing, and sun-tanning in the middle of the lake.

But how did a circular thing able to keep its balance without throwing an angler off the boat? Well, about that, there’s actually quite some science to it, but instead of me trying act smart and tell you how, I will leave it to the inventor to lecture you on the theory:

To be honest, I can’t wrap my head around all the things about patented hull design, outer deck/inner hull thing and whatnot; all I know is it appears to be super stable. But I do know that it has proper drainage as it would on any boat, and amazingly, it has quite a number of storage and provision for add-on accessories, such as mobile phone holder, and there’s even a pedestal mount that affords the fulcrum of the seat pedestal to shift and flex independently from the hull.

So, as you can see, Ultraskiff 360 is not just a piece of floatation device on the water; it is an actual boat with a lot of engineering put into it. Oh, did we mention that it can be fitted an outboard motor too? You can acquire an Ultraskiff 360 Multi-purpose Personal Watercraft for $1,499.99. There’s a bunch of accessories for it too, but we will leave it to you to explore them. 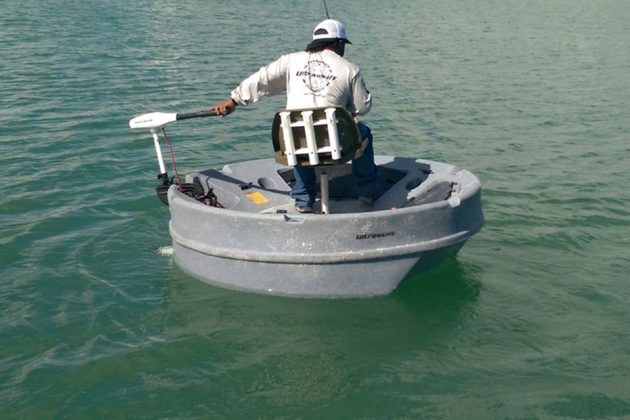 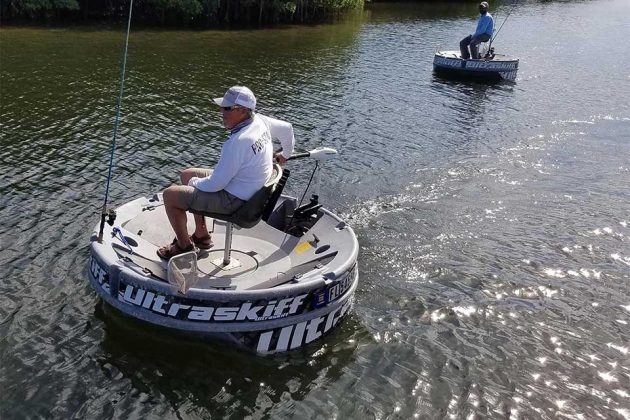 And it was tested on white water too. Though we are not sure it is a recommended water source for this boat. 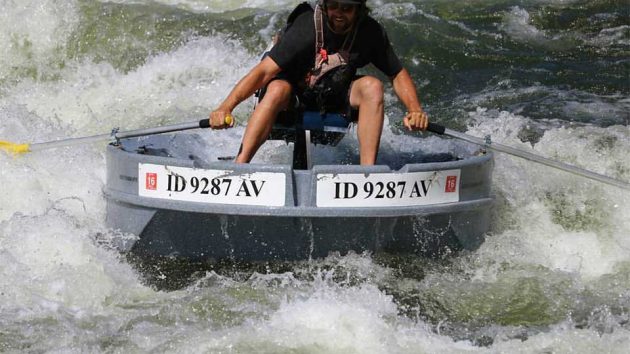 Thanks to Steellord for the awesome hat tip.