What’s your impression of a solar charger? Or let us put it this way, what’s your impression of any gadgets? They look like, well, gadgets. No way in the world one would think wood could a good mix. Phone cases, maybe, but a gadget like a solar charger? Probably not. But that’s exactly what Veiled Group did with its solar charger which it aptly called Veiled Wooden Solar Charger. It is the world’s first wooden solar charger and while it bears the mark of nature, under the hood it is a modern piece of technology featuring USB C connectivity, fast charging 3.0, an in-built battery rated at 10,000 mAh, and the ability to charge two mobile devices simultaneously. 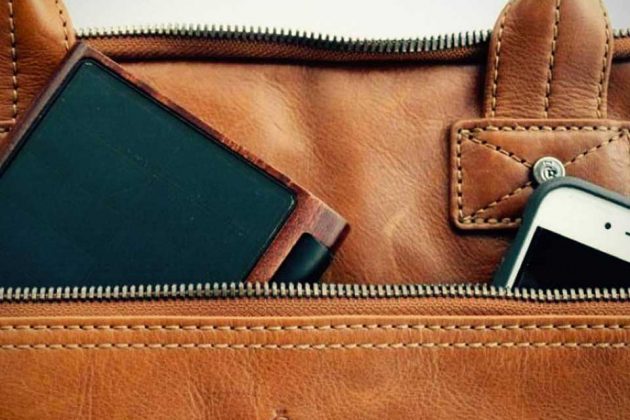 You’d be right to say Veiled Wooden Solar Charger has both form and function. Apparently, because of wood, the high capacity battery is able to maintain “at a moderate temperature” and thereby enabling an even, steady power delivery. Seriously, I am not sure how that works. I mean, isn’t metal better at dissipating heat which is better for heat-generating devices? But hey, I ain’t no engineer. But we sure can agree, wood does make this solar charger one heck of a looker. Anyways, as you may have guessed, you can filled up the 10,000 mAh battery via a wall outlet, or by the power of direct sunlight as you are charging your devices. It can, of course, keep nature’s gift for later use too. 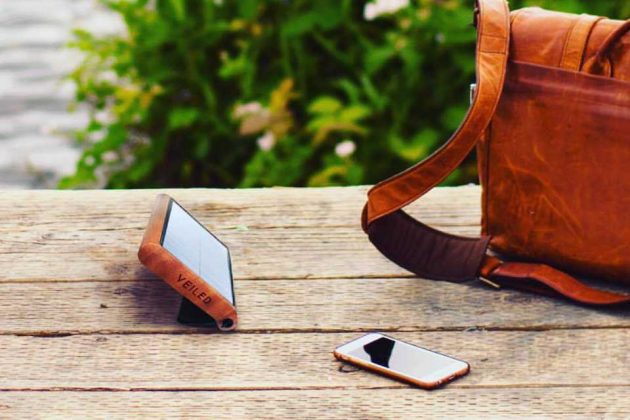 Also under the hood, the circuit is rigged to protect your devices from overcharging and it will also automatically power off once devices are disconnected from it. Other noteworthy mentions include a built-in adjustable stand (so can ‘aim’ at where the sun is), LED status indicator, two USB A ports, an integrated solar panel rated at 5W and a wooden enclosure made from sustainable sapele hardwood. Each Veiled Wooden Solar Charger comes with a long 3 feet cable and a USB-to-USB C adapter. 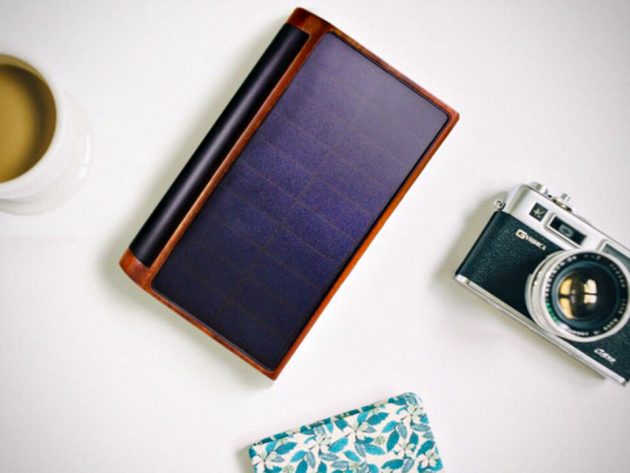 There’s a slight caveat though (or at least I thought it is a caveat); it has a massive battery in there and therefore, it will take up to 6 hours to get it fully topped via an outlet, or a dreadful 25 hours under direct sunlight. However, Veiled believe that with the wood enclosure, it could possibly charge more efficiently and reckons it could be as quick as 16 hours (under direct sunlight). But hey, if you are out in the wild and out of juice, you are going to be grateful there’s Veiled.

You can find Veiled Wooden Solar Charger on Kickstarter where you can help make it a reality by dropping a pledge of €49 or more (about US$58). As before, whether or not you will get this beautiful solar charger depends on the funding outcome. 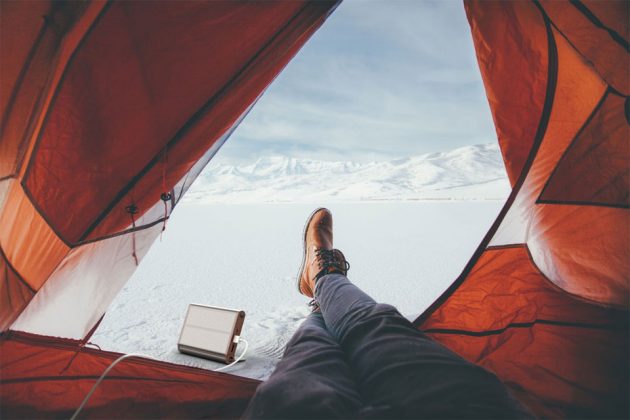 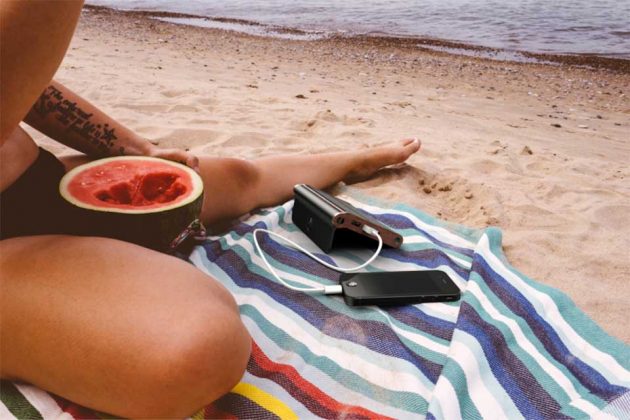 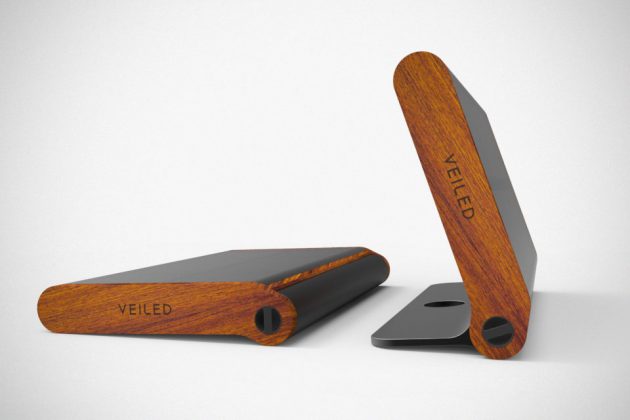