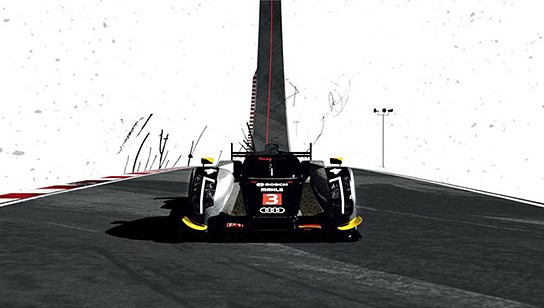 we all know the mechanical strain that a race car is being put through in sporting race. we also know the physical punishment a race car driver have to endure in every race. you know, stuff like a F1 driver loses 2-3 liters of water through perspiration during a race, can lost up to 4 kg of weight in just one race and are subject to high G forces that could potentially knock out a person et cetera. we all knew that, well, at least most of us do in theory and Audi knows that we know the facts but in an effort to highlight what their Le Man race car drivers have to deal with, it has created an animated short that tells it all in just two and half minutes.
[ad#Google Adsense-text-468×60]

in the video entitled A Day in the Life of an Audi Driver, Audi star driver, Alan McNish guides viewer through a brief of the rigors of a Le Mans race. it’s short but enjoyable clip and should appeal to fans of motorsports, Le Mans in particular. hit the jump and check out the video. oh, watch it in 1080p if you can.