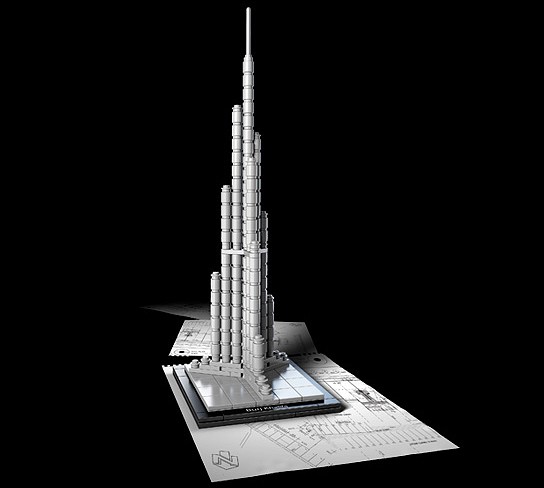 you don’t need to have an astronomical wealth in order to ‘collect’ beautiful architectures around the world and i ain’t kidding. well, except that the ‘collection’ is not something that you can walk into but they only rest on your table or display shelf. i am talking about LEGO’s Architecture series and soon to join the likes of Willis Tower, John Hancock Center, Empire State Building and the many others is the Burj Khalifa building. located in Dubai, United Arab Emirates, the real-deal Burj Khalifa is the world’s tallest building measuring an astounding 2,684 ft (818 meters).
[ad#Google Adsense-text-468×60]

of course, your LEGO Burj Khalifa won’t be that tall but it will be a scaled representation of this majestic architecture. there aren’t much information at this point in time but based on the previously releases as well as box image, its not going to awfully big. i have made a quick estimate based on the bricks it uses, which mainly consists of grey 1×1 cylinder bricks, it should be around 30 cm tall, give and take a little. however, i could be wrong. want one? it might just hit the store next month, as for the price, who have absolutely no clue at all. 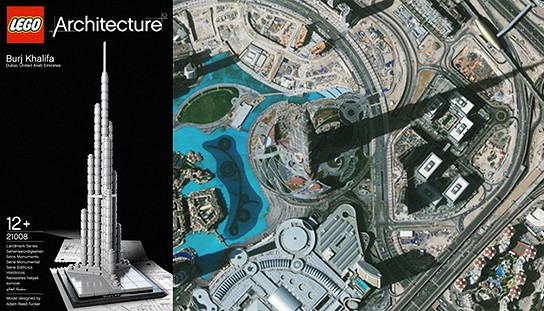