I am sure you have seen videos of the majestic kinetic sculpture called Strandbeest combing the beach. Through clever mechanical linkages, Theo Jansen’s Strandbeest is moved by the power of the wind. It is a super cool man-made object that we can only watch in admiration, well, not anymore. Now, you can build your own too, albeit in a scale that is very much smaller. A desktop version of the real deal, to be exact. What you see here is the Mini Strandbeest Model Kit. 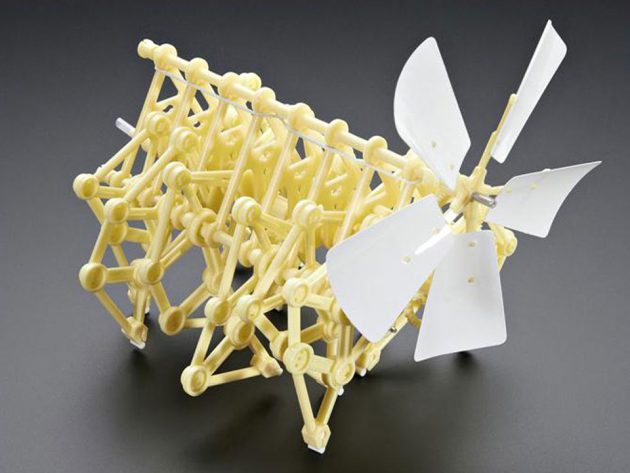 This plastic model kit comes with both illustrated and written instructions that will guide you along in putting together this amazing mechanical beast and best of all, it requires no special tools, nor does it require any special skill set to build. Like the real-deal, this scaled version is rather complex, requiring around an hour and a half to build. It is actually a cool project to work with your kids, introducing them to the world of mechanical wonder and learning about the science of wind power. 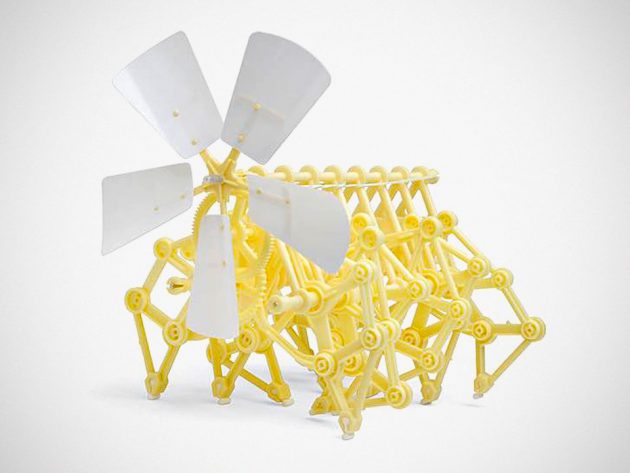 Once built, it works like its full-scale counterpart, requiring wind to get it moving along. Fortunately, you need not to hit the beach to get the most out of the environment. You can simply blow the pinwheel or set it in motion using a fan. We picked up this hat tip from our source, which pointed us to Amazon, but I smelled something. As it turns out, there appeared to have a few versions of this. The original is, of course, straight from Theo Jansen, but it (the kit) costs quite a bit at 35 bucks, as opposed to the one we saw on Amazon which costs just $10.50. 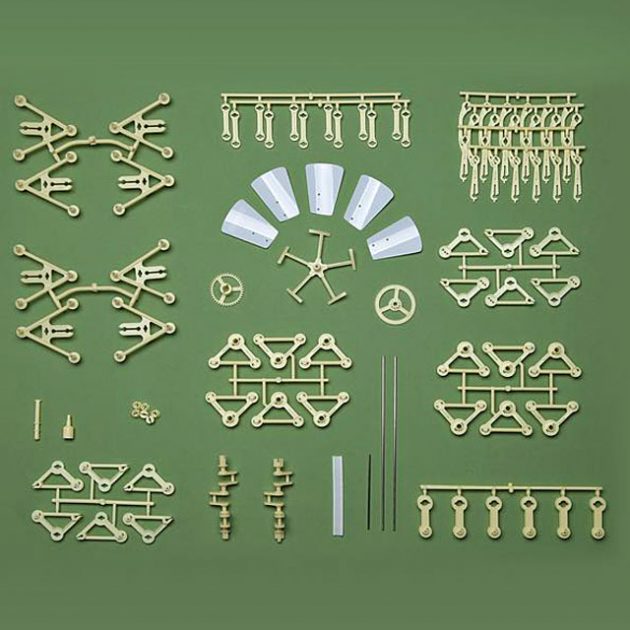 I do not know if the rest of these kits, which are virtually identical in design, are knock off products or licensed kits. We suspect the former. Anyways, we are point it out to you and in the event you are keen, it is entirely up to if you want to acquire straight from the originator but at a higher price, or from Amazon which is three times cheaper. I am not rooting for either, though for full disclosure, we have let you know that if you buy from Amazon, we will get a small commission which will go towards running this blog. Continue forth for the original product video.