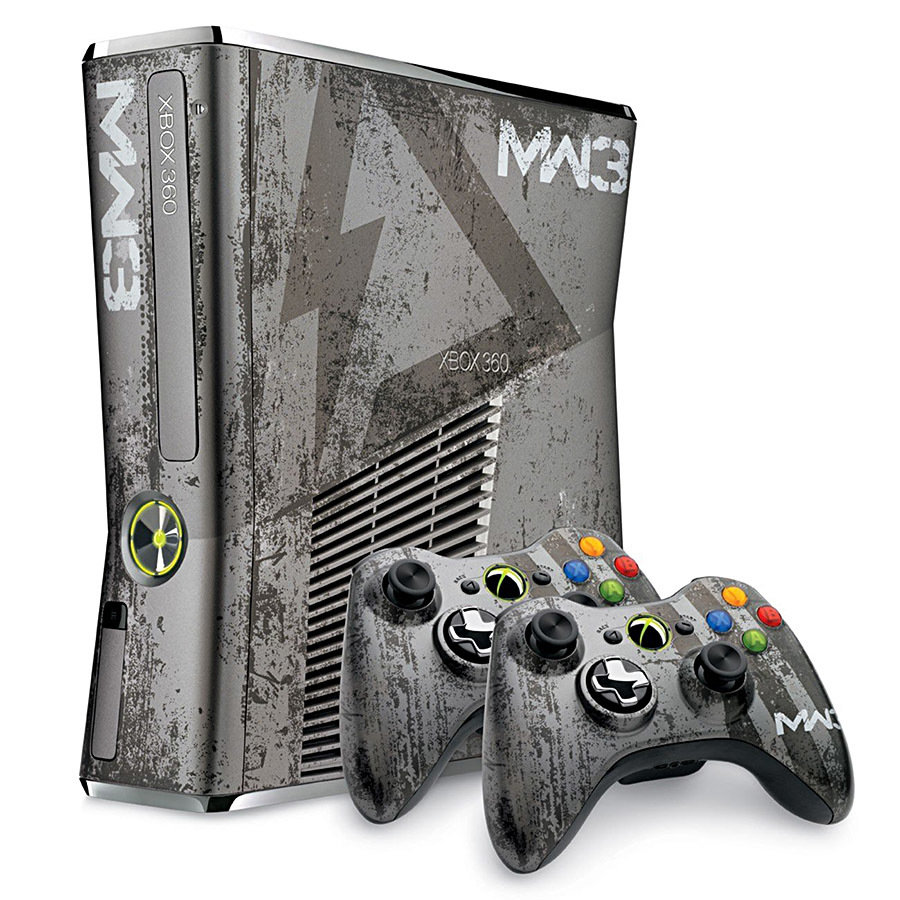 while Star Wars fans are still waiting out for the R2-D2 Xbox 360 console, fans of first person shooter Call of Duty can pick up the Xbox 360 limited edition Call of Duty: Modern Warfare 3 Bundle from as early as November 8, 2011. designed by Xbox, Infinity Ward and Sledgehammer Games, this limited edition bundle includes a console and a pair of wireless controller adorned in Call of Duty: Modern Warfare 3 graphics. apart from its obvious aesthetic difference from the standard console, the MW3 bundle also features sounds from the actual game for the power and eject buttons, and a built-in WiFi for ease of connection to online gaming.
[ad#Google Adsense-text-468×60]

a detachable 320-GB hard drive, a wired headset, a copy of the standard edition Call of Duty: Modern Warfare 3 game and a free one-month subscription to Xbox LIVE Gold comes standard with this limited edition bundle. the Xbox 360 limited edition Call of Duty: Modern Warfare 3 Bundle is expected to hit the stores early November with a retail price of $399.99. check out an image gallery after the break.