You know how some old things are best left untouched? Unlike fashion, some gadgets are best left in its rightful era because somehow some old technology just doesn’t fit the demanding, fast pace society anymore. Case-in-point: the Y35 digiFilm Camera by Yashica. Yup. That Yashica, the once glorious camera maker to come out of the Land of the Rising Sun. How a what-I-thought-defunct company is back in the business is beyond me. What I do know is, whoever is behind it now, somehow gotten the license to make cameras under the Yashica brand name. 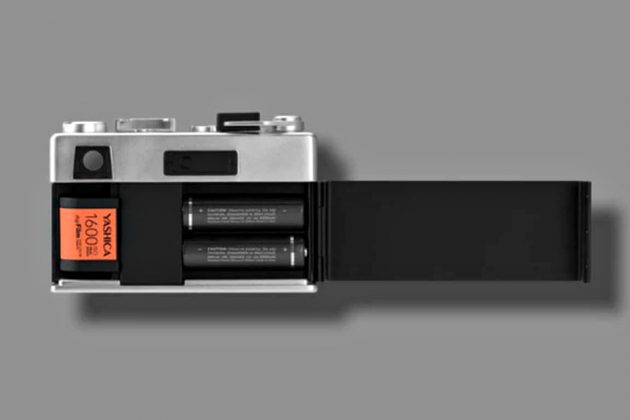 Anywho, back to why I thought Y35 is one of those things that should be left in its era. The Y35 here is a more of a make believe analog film camera. Now, hear me out before the inner analog enthusiast in you get triggered into an uncontrollable hysteria by the three words ‘analog film camera’. It is not quite a film camera, neither was it analog. Hence, I said ‘make believe’. Y35 is supposed to make film like you are experiencing analog film photography and true enough, it went to the extend to make film rolls that will go into the camera back like the good’ol shooter you fondly remembered, but here’s the stark difference: the so-called film roll does not have negative in it. 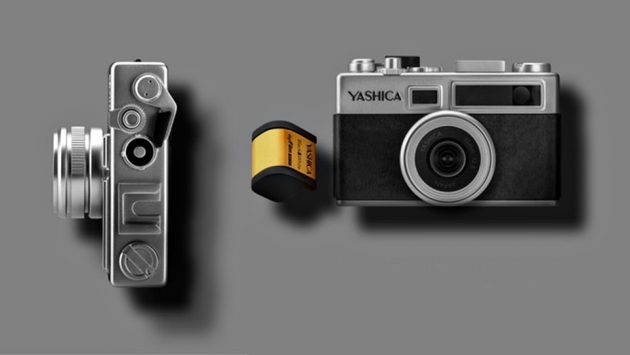 The “film roll” is, in effect, an add-on accessory, a physical plugin of sort, that adds photo filter effect to the camera. That’s it. That’s all it does. While it seems like ‘cheating’, we have to give credit for the creator for trying recreate the authentic analog experience which, btw, extends to the need to “advance the film” with the film advance lever in between shots. And then, there is, of course, the attractive retro-styling that deserves some credit as well. Y35 has a 1/3.2-inch CMOS sensor paired to a 35 mm lens with a f2.8 aperture that will let you take 14MP stills.

No words on videoing, so I am going out on a limb to say it doesn’t support video recording. As indicated earlier, the image is determined by the fake film roll. This means, ISO and effects are dependent on which type of “film” you choose. At launch, Yashica is offering four styles: ISO 1600 High Speed, ISO 400 Black & White, 120 format of 6×6 images, and ISO 200 Ultra Fine. The company also promised more styles will be added in future. 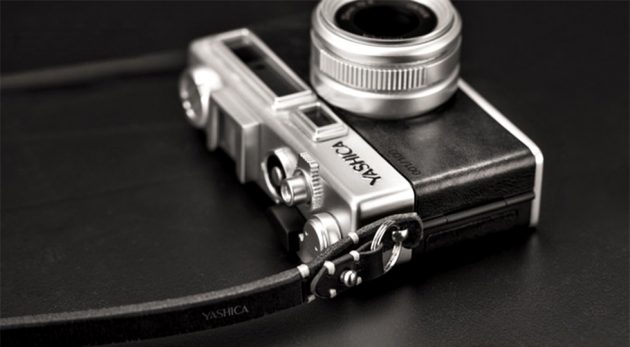 Other features include built-in viewfinder, a focus length of a meter (3 feet) to infinity, five selectable steps shutter speeds, SD card for storage, WiFi card compatible, micro USB port for data transfer, and built-in tripod mount. Like the good’ol analog camera, it runs off two double A batteries, so you’d save yourself the hassle of charging and get to relive the days when you are part of the environment destroying troupe. Are you happy now? Actually, I kind of am happy. Part of me secretly smile. I know it harms the environment, but I have to admit that the idea of ditching depleted batteries for fresh ones and getting back to shooting in matter of seconds is really enticing.

Yashica has taken to Kickstarter where you can pick up a unit as a pre-order for 968 Hong Kong dollars (don’t ask me why is it in HKD), which translates to around 124 in greenbacks. Just in case you are wondering, the campaign has since met its funding goal of 800,000 HKD (roughly US$100K). So, yeah, the product is pretty hot at this point. As of this writing, it has drawn over 3,000 backers contributing no less than 4.3 million HKD. That’s over half million USD right there. But as our source said and I quote, “the same caveats apply, and that’s especially true here since it’s not at all clear who’s actually behind this campaign.” So, invest on your own accord and at your own risk.