You know the height of the Star Wars hype has reached its peak when Darth Vader and Stormtrooper arrives to robot vacuum cleaner. Samsung has announced limited edition Star Wars of the company’s POWERbot Robot Vacuum to celebrate the upcoming eighth Star Wars movie, Star Wars: The Last Jedi. What makes this movie theme POWERbot special is, it was designed in collaboration with Star Wars “superfans” as opposed to the usual suspect of Disney and/or Lucas Films. 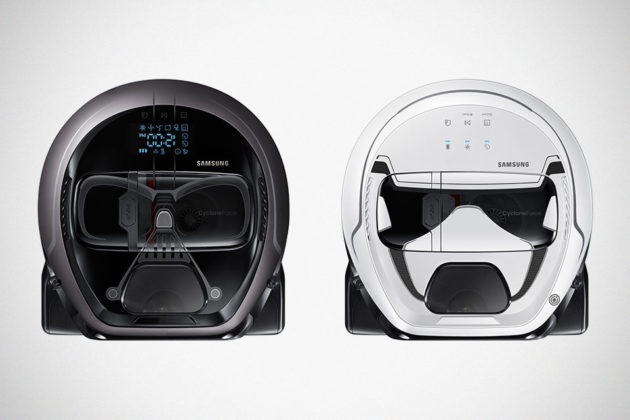 Two versions are available featuring the most iconic characters in the Star Wars universe: Darth Vader and Stormtrooper. The Darth Vader version boasts a specially created cover molded in the likeness of Lord Vader’s all-black mask while the Stormtrooper version bears the iconic white and black design of the helmet of the foot soldier of the Galactic Empire. Or was it the First Order’s because I can’t really tell. Anyways, it is no doubt a Stormtrooper and that’s all it matters.

Star Wars touches on the POWERbot goes beyond aesthetics; it extends to the audio department too with both models featuring unique sound effects appropriate to each character. For example, powering up the Darth Vader unit will trigger the Sith Lord’s infamous heavy breathing effect. No words if it will continue to do so throughout its round though. In addition, Darth Vader model is further bolstered with WiFi connectivity and its own remote control. 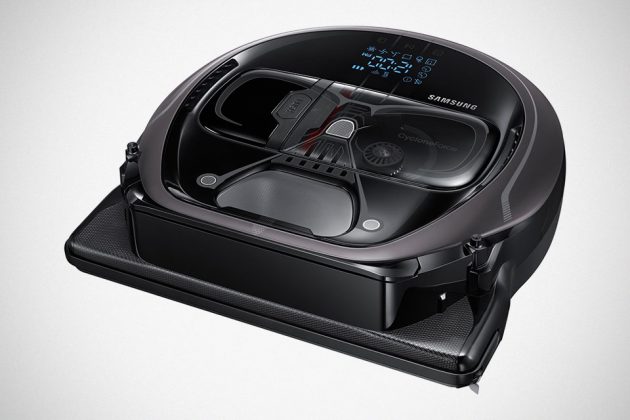 Looks like those are it. It will be nice though if Darth Vader POWERbot could playback the Imperial March tune as it marches down your hallway, picking up rebel dust scums with its powerful 10 watts suction offered by its CycloneForce technology. The robot vacuum is, of course, based on the VR7000, which means it gets Edge Clean Master too, so walls and edges aren’t safe for those rebel dust scums too. All hail to the Empire!

“The VR7000 Star Wars limited edition promises all of the powerful cleaning technology and features of the original VR7000, such as suction power capacity of 10 watts, CycloneForce technology, and Edge Clean Master, which helps the unit clean close to walls and edges. It can even work autonomously, using Visionary Mapping™ Plus to remember the room and find the fastest cleaning routes around the user’s home. FullView Sensor™ 2.0 allows the unit to clean around home decorations and valuable personal items as small as 10mm. With its unique smart features and powerful performance, the VR7000 was awarded the 2017 CES Innovation Award.” 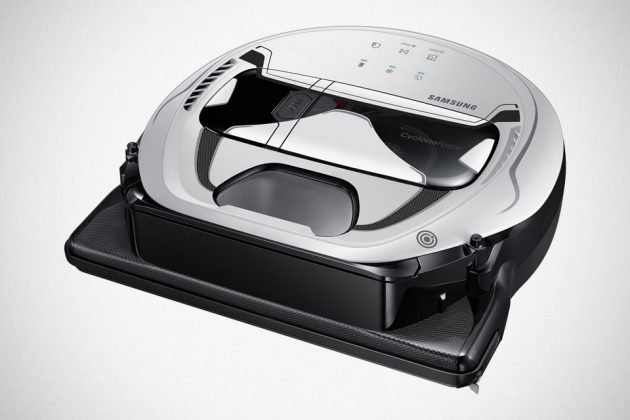 Pre-orders for the special Star Wars limited edition POWERbot has begun since yesterday in the United States. If you want one, be prepared to plonk down $799 and $699 for a Darth Vader and Stormtrooper version, respectively. The pricing is definitely premium over the R7070 which they appeared to be based on, but whether or not they are worth the 100-200 dollars extra, it is really down to how big a fan are you of Star Wars.

Me? Well, if it playbacks Imperial March tune all the way while it is sucking up dust version of Leia, Chewbacca, Solo, Luke, then maybe, just maybe I will pick one up. The Vader one, of course. Skip ahead a pretty impressive product trailer.