Keen eye readers will probably notice something peculiar about the Nissan GT-R featured here. Take a closer look and you will realize that it had opaque red windows. Weird, isn’t it? Even it has a clear as day windshield, opaque windows do not make it a safe car to drive, much less driving it at speeds on the track. Well, the thing is, this Nissan GT-R is not any ordinary GT-R; it is a fully remote control Nissan GT-R, cleverly called Nissan GT-R /C. R/C. Get it, get it? 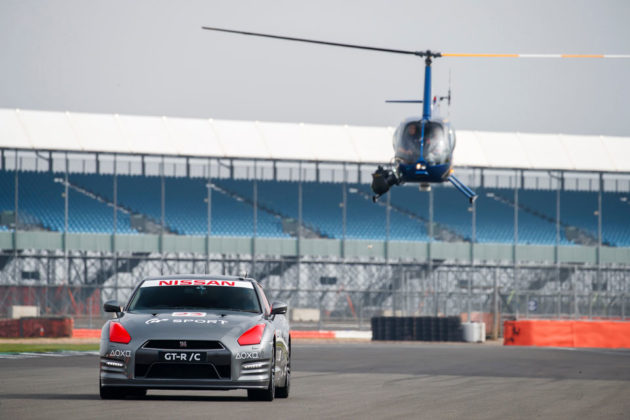 This Nissan GT-R here is as real as it can gets, except that the person behind the wheel, NISMO athlete and GT Academy winner Jann Mardenborough, was not physically behind the wheel. He was remotely controlling it from a helicopter in air using a Playstation DualShock4 controller. Yes. A game controller. Not even a gaming steering wheel and nope, no VR here either. A helicopter which Jann was on provides the man with a bird’s eye view of the R/C-fied Godzilla. 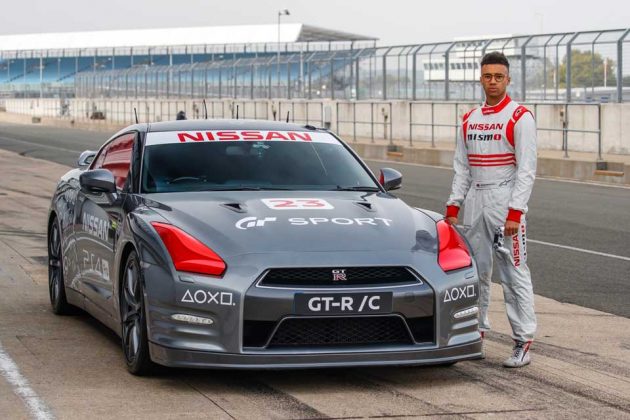 Amazingly, Mardenborough managed to make 1:17:47 on the Silverstone’s famous National Circuit, averaging 76 mph (122 km/h) and clocking a top speed of 131 mph (211 km/h). Obviously, 131 mph is not an impressive number for a Nissan GT-R, but it certainly was as it was controlled remotely by a game controller and in third person view. Turning a regular Nissan GT-R into a full-fledged RC car requires the use of four robots to work on the steering, transmission, brakes and throttle. 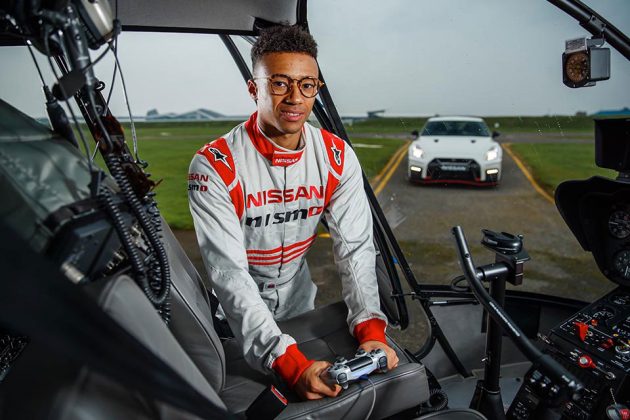 Six computers to the rear of the vehicle are responsible for crunching the numbers, updating the controls at a blazing 100 times a second. Next, an unmodified DualShock4 is connected to a micro-computer that translates the joystick and button signals and send them on their way to the system found inside the Nissan GT-R /C. To allow Mardenborough to judge the speed through corners, a Racelogic VBOX Motorsport sensor was outfitted to wirelessly pipe speed data to a LCD display mounted inside the helicopter’s cockpit. 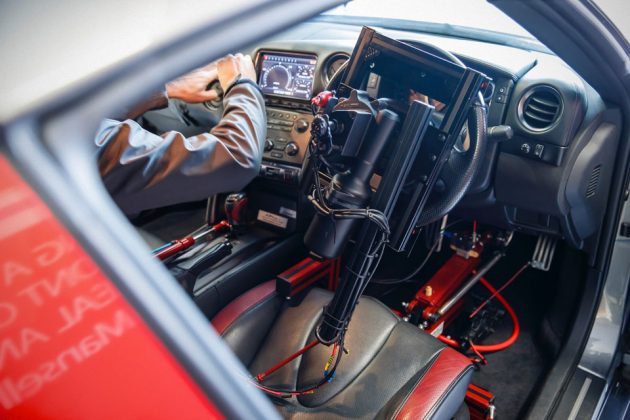 Finally, two independent safety systems are put in place to allow two additional operators to pull the vehicle to a halt, and even cutting the engine completely should the need arises. The Fully Remote Control Nissan GT-R /C was created to celebrate the release of Gran Turismo Sport and also to mark Nissan’s 20 years of involvement in the Gran Turismo franchise.

Gran Turismo Sport is set to be hit the shelves starting October 17 in the U.S. Unfortunately, we are not allow to embed the video on this post, but you can watch the (dramatized) proceeding HERE. 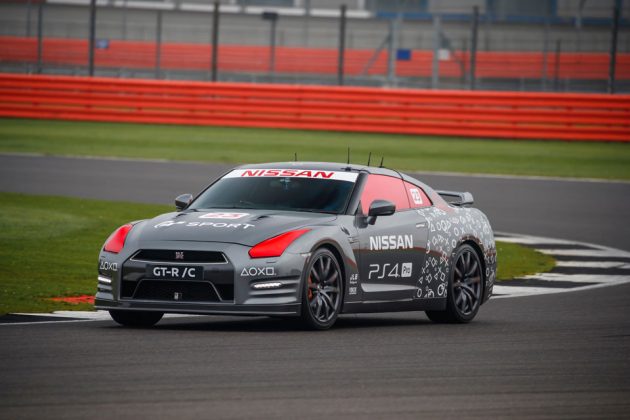 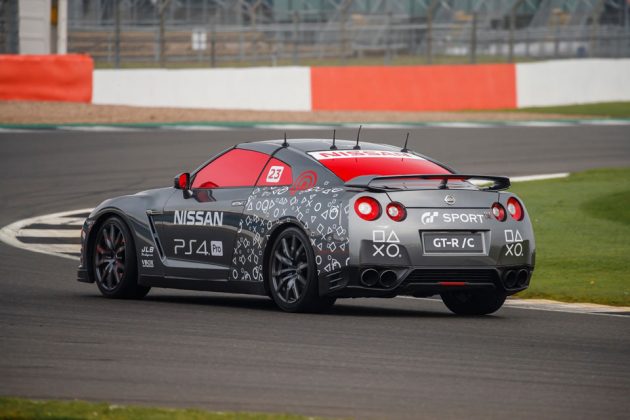