I am not a photography buff myself, but I have sure seen and read about Zenit, the famed USSR-era Russian camera brand, in my younger days (don’t ask how). So what about it? Well, like many brands that have saw demised and ‘rebooted subsequently, it is coming back. Starting with the Zenit M Rangefinger. Krasnogorsky Zavod had announced it will be bringing Zenit back to take on Leica, but in strange move, it has partnered with Leica to work on its first camera after the revival. The camera is design by Zenit alright, but it is based on Leica M Type 240 platform.

Though so, it does not look like the Type 240 (that would make it a clone, wouldn’t it?); instead, it looks more closely like the old Zenit, presumably for the sake of nostalgia. As far as looks is concerned, I am down for one – if I can even afford one to begin with. But more on that later. The Zenit M Rangefinger will come paired with a Russian-made optic, a Zenitar 25 mm f1.0 lens, that is capable of pulling off bokeh and soft-focus effects without digital processing. Beyond that, little is known about this still-elusive shooter from Mother Russia. 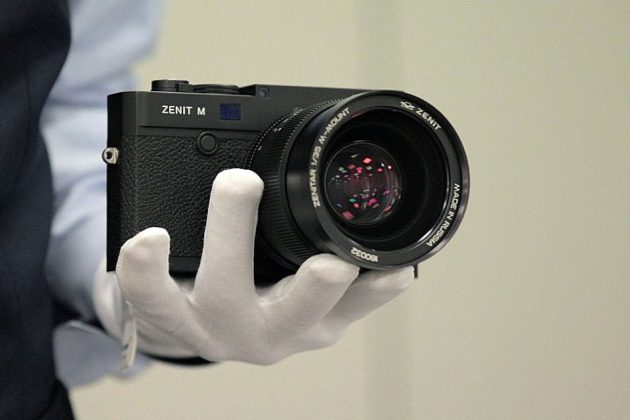 However, since it is based on the Leica M platform, it is safe to assume it will sport the same 24 MP full-frame CMOS sensor, the 3-inch LCD screen, a 0.68x viewfinder, along with features like HD video recording, live view focusing, ISO 6400 sensitivity, and 3 fps continuous shooting. The Zenit M Rangefinger Camera was jointly unveiled by Leica chairman Andreas Kaufmann, CEO of KMZ Zenit Vadim Kaliugin, CEO of Shvabe Alexey Patrikeyev, and Deputy CEO of Shvabe Ivan Ozhgikhin, at this year’s Photokina (September 26-29, at Koelnmesse, Cologne, Germany).

Shvabe is, btw, the owner of Krasnogorsky Zavod. No words on the pricing yet, but we will know soon enough since the official availability is said to be in December 2018 for the Europe markets and January 2019 for the Russia markets through both online and brick and mortar stores. We noted that it appears to be offered in a choice of black and silver colorways.