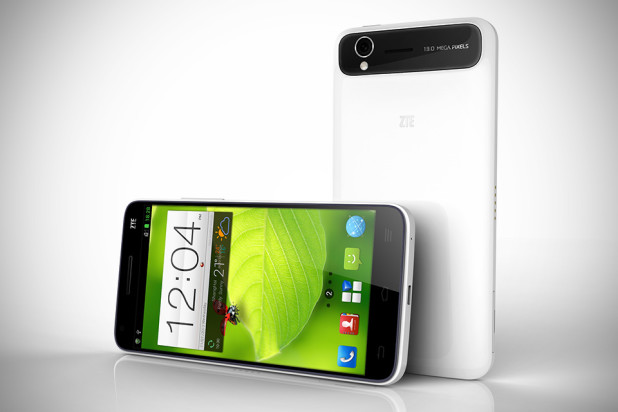 ZTE has recently unveiled its flagship Grand series Android smartphone, the ZTE Grand S Android Smartphone, at the 2013 International CES. sporting a 5.0-inch 1080p touchscreen display that packs 440ppi, it has loads of power in term of processing power, thanks to its Qualcomm Snapdragon S4 Pro 1.7GHz quad-core processor, accompanied by a healthy 2GB of RAM. other key features include a 13.0-megapixel autofocus main camera with LED flash, a 2.0-megapixel front-facing camera, 1080p video recording, Dolby Digital surround sound, 16GB onboard storage and unibody frame made of polycarbonate material. the Chinese maker is calling the Grand S as the thinnest 5.0 FHD quad-core smartphone with a thickness of just 6.9mm. the display is said to allow for full website display “for optimal content browsing”, which its 4G LTE capable network should help to fulfill. then again, that depends largely on where you are. in recent times, Chinese handset makers have been putting a lot of emphasis on their handsets department and the ZTE Grand S Android Smartphone here is no exception. noteworthy (and rather a commonplace among Chinese handsets these days) features on the imaging department includes face recognition, anti-shake as well as panoramic capability. global availability is not known but the handset will be made available this quarter in China via online sales.