Tape dispenser is perhaps one of most underrated inventions in modern history and I believe many have taken it for granted, since it usually comes free as a companion accessory with your adhesive tape purchase. In other words, the dispenser is something we hardly give a second look, but to be honest, it is not exactly the prettiest sight. However, pretty or not, it is useful, though it will forever be relegated to inside the drawers and not exposed on a desktop. Having said that, if you think that the clear plastic contraption is a threat to your stylish image, well, the good news is, Zyp-Zyp Stylish Tape Dispenser is here to save the day.

Hail from Germany, the land of great engineering minds, this uber minimalist tape dispenser ditches the ugly clear plastic and go with a tad exotic material called Niclafor, a copper-nickel-tin alloy, and it is formed through centrifugal casting and then eventually finished by hand. Whatever that alien-ish alloy is, it sure beats cheap plastic a thousand times, isn’t it? A clever design leverages on the tape itself to keep it in position on a roll of tape while getting the tape requires a swift downward push on the rocking tape dispenser to reveal the tape end and pulling whatever length you require over a slicing jaw on the other end to truncate it.

While brilliant, it does come with a price. Though 24 euros (about US$27), which is the asking price for this little guy, by itself is not a lot of money but it is consider ‘hefty’ for a tape dispenser. The only win I see here is style, other than that, the device appears to be a wee bit more challenging to use than a conventional tape dispenser.

NOW READ  Clone-A-Willy: Lets You Clone You Dong To Serve As A Sex Toy 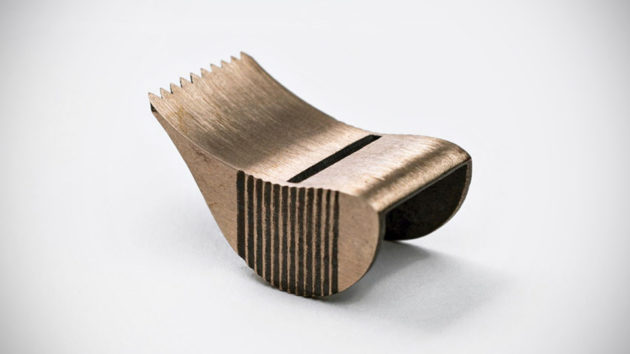 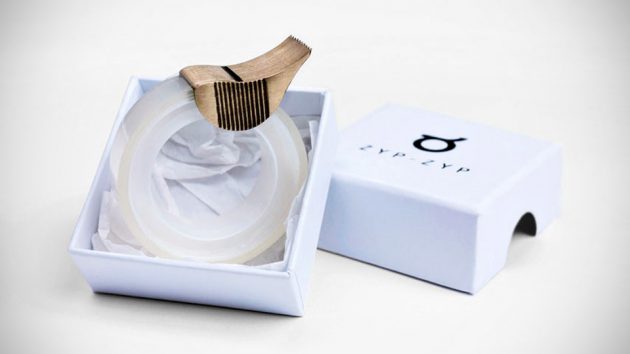 Zyp-Zyp via The Red Ferret