So, now, GE thinks that we may not fancy talking to a black cylinder and decide to bring Amazon digital talking assistant into lightings too, starting with the C by GE Sol. C by GE Sol is the industry’s first Amazon Alexa-enabled lighting that allows you to do a variety of things through Alexa, like ordering your dinner, check out the latest news headlines, play music et cetera. In addition, it is a smart clock that, instead of traditional hands, it uses visual indicators such as putting illumination around the Sol’s ring where the clock hands would normally be. 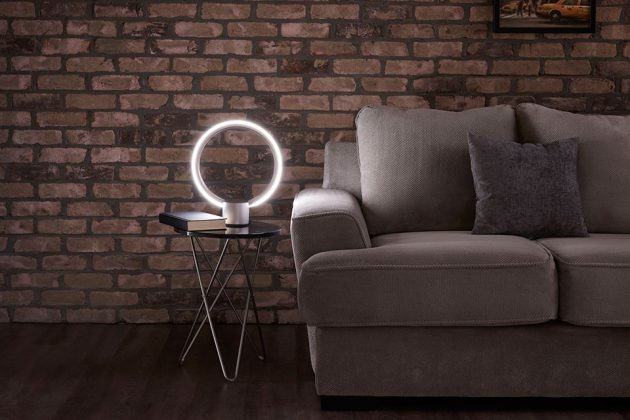 But that’s not all. It is also concerned about your sleep too which it can help reinforce your body’s natural rhythm and melatonin production to prepare for sleep and to be awakened more efficiently. Last but not least, being an Alexa-enabled device, changing its 60-watt equivalent light’s color temperatures can be achieved through simple voice command, or you can go ‘old school’ with the C by GE app. We kind of like how the C by GE Sol looks, but at the same time, we can’t help but to notice it has an uncanny resemblance to one of Dyson bladeless fan models but only a little more minimal (ok, maybe it looks more like a circular fluorescent tube with a stand). Just saying… 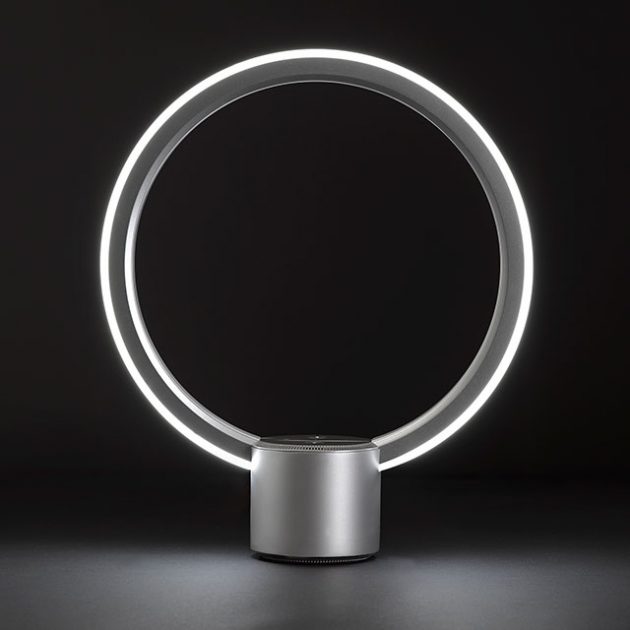 C by GE Sol is slated to be available starting September from Amazon, as well as C by GE website, priced at a cool $199.99 a pop. Not cheap at all, but it isn’t a dumb lighting either and so… However, GE is sending out words that it will offer you 20 percent discount off the MSRP (works out to be $159.99) if you sign yourself up as Sol early adopters. Obviously, apart from saving yourself around 40 bucks, you will be among the first to bag this voice-enabled smart lighting home. So, now you know. Don’t say we didn’t tip you off on this deal.

In a related news, if this avant-garde light does not tickle your fancy, you may want to know C by GE bulbs are also getting voice compatiblity. These connected bulbs will work with Amazon Alexa and Apple Homekit this summer. Though, it is worthy to note that you will need a C Reach hub so you control C by GE lights, individually or in groups by rooms with a simple voice command. Continue reading to watch the C by GE Sol product intro video.