Throughout history, mankind has been obsessed with going hands-free with just about anything we do, sometime even stretching it to consuming burgers and playing games. But there’s one thing a man never solves is, how to go hands-free in a party where beer is in abundance and when the party asked that you go formal in your choice of attire. That kind of sucks and wearing a tie sucks too. Lucky for you, some clever folks up on the mountains of North Carolina, who obviously have a little too much to drink and too much time on their hands, managed to unravel the science of going hands free and formal wear with an ingenious necktie that also happens to be a beer koozie. 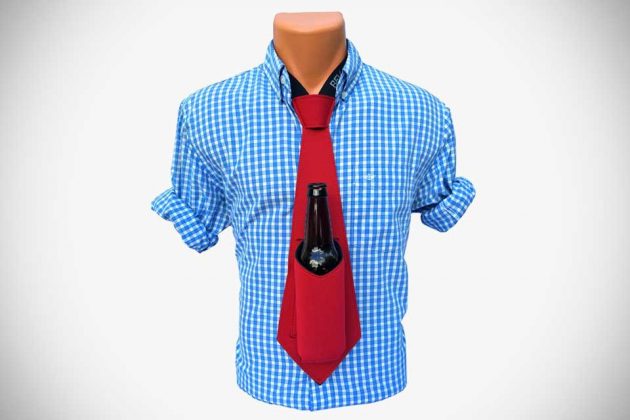 The product, aptly called Bev Tie, is essentially a beer koozie with string that hangs around your neck, but only a lot cooler because it is a freaking beer tie! It is made of waterproof neoprene, which is the same material used to make diving suits and also regular koozies, therefore it will keep your beverage nice and cool while not wetting your shirt with condensation. Though we are not sure if it is puke-resistant. Furthermore, Bev Tie also addresses the biggest issue with wearing a tie, which is the process of wearing the necktie itself by going the velcro route, so no matter how much you have downed, you should be able to put it on or adjust it with ease (note: we said ‘should’). But most importantly is, you know your hands will be free to do whatever you need to do in a party. 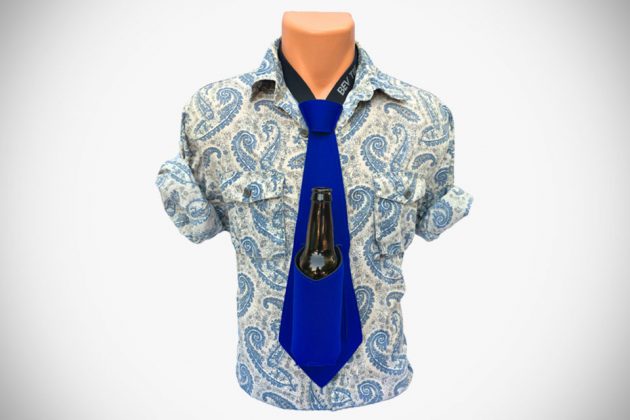 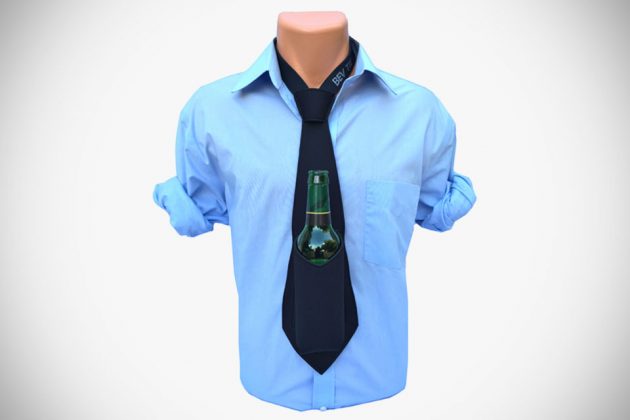