Amalgam made a name for itself by creating insanely detailed scaled car models and scaled replica steering wheels, and if you think it’d stop right there, well, you are sorely wrong. The company has taken its scaled modelling to an out-of-this-world level of details with the 1/4 Scale Bugatti Chiron Engine and Gearbox. For this particular model, Amalgam collaborated closely with Bugatti to recreate the supercar maker’s 1,500 HP 8L 16-cylinder W engine that, without any real life object comparison, you’d thought it is the real deal pulled from a Bugatti Chiron. 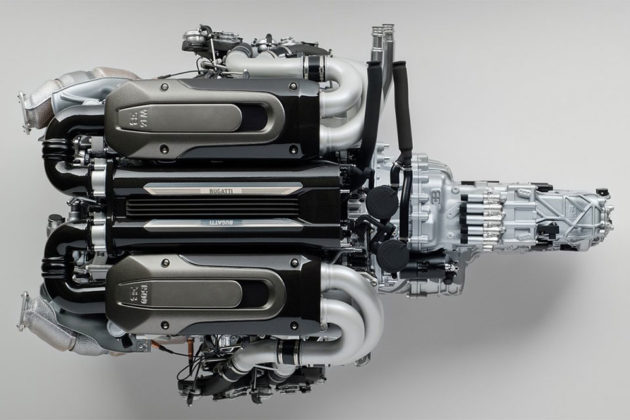 I am sucker for such things and so, I would have grab this in a heartbeat if not for the asking price of nearly $10,000. Holy mother of… that’s a shit load of cash there, but still it is nothing compared to the $12,000 1/8 scale McLaren P1 the company made a couple of years ago. The details that goes into this model are nothing short of meticulous. It features everything one can expect from the W16 engine, except that it lacks of the harness for it to go into any car. But that is to be expected since it is much smaller and also, it is obviously non-functional. 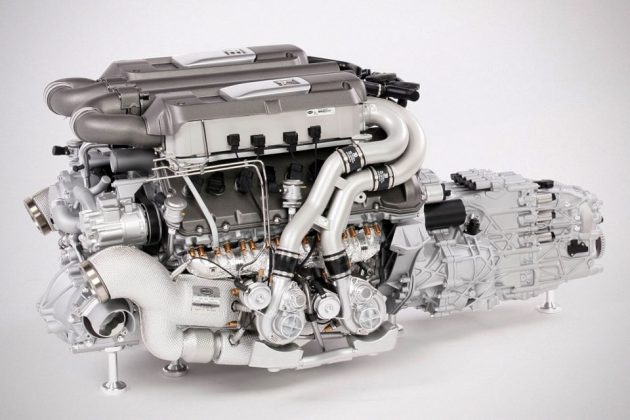 Frankly, at $10,000, or $9,365 to be exact, you’d expect to be a working miniature version of the real-life working example. So how meticulous are we talking about? Well, whip up your magnifying glass and you’d find yourself ogling over the parts numbers, barcodes and even hose clamps. Also on the model are the famous four numbers of turbochargers, appropriately scaled, of course. Amalgam said this miniature engine, which took 2,500 hours to develop, packs some 1,040 parts and requires 220 hours to put them together. And oh, it is not of some cheap plastic, btw. 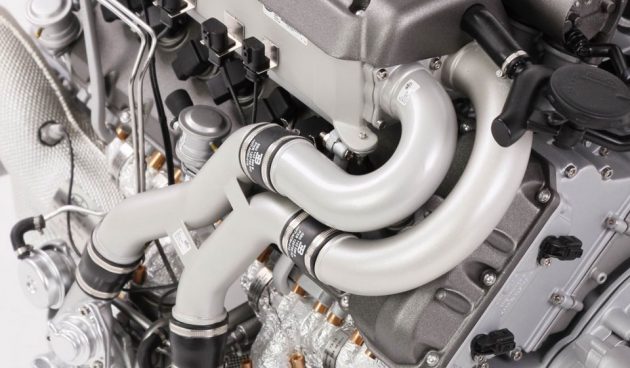 It is mostly crafted out of pewter and stainless steel, and as for the size, it measures 18 inches long and 9 inches tall (44 by 22 centimeters). The 1/4 Scale Bugatti Chiron Engine and Gearbox is the first engine model Amalgam has made since the early 2000s. Previously, the company made a highly detailed 1/4 scale of Ferrari 049 engine that powered the F1-2000.

In case you are interested, you can secure the initial edition by pre-ordering it on Amalgam’s website. No words on the delivery, but Amalgam did say that “the model is scheduled for completion in January 2018,” which I assume is different thing to the delivery schedule. 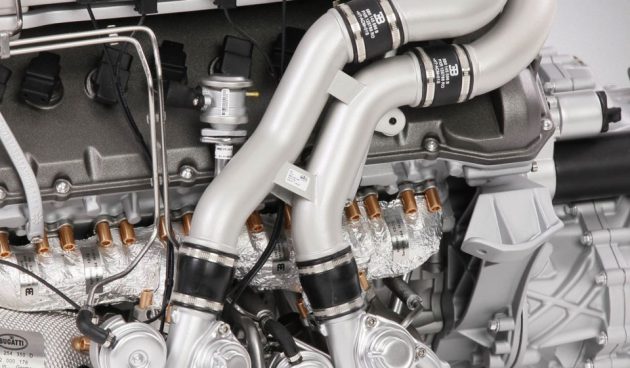 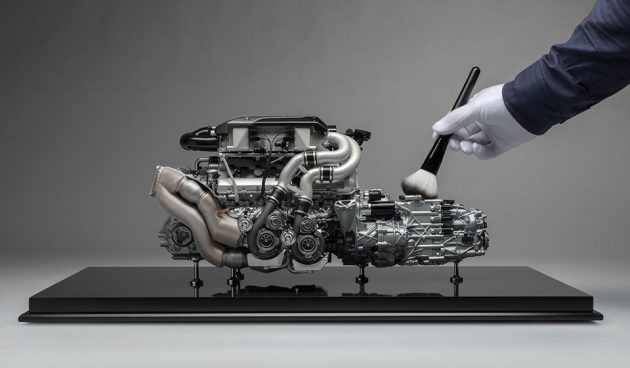