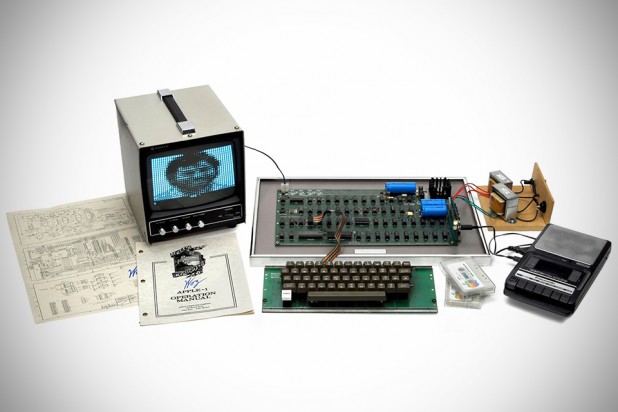 no. this isn’t an old news from June this year and yes, this is a real deal Apple I Computer that’s still in working order, among the six others where the first working example was successfully auctioned off for a record $374,500 June 2012 in New York. this landmark Apple I Computer (1976, Lot 20) is the second one that will be offered by Cologne-based veteran auctioneer, Auction Team Breker at the Science & Technology, Fine Toys & Automata event on the November 24, 2012, happening in Germany. this particular example will be the first fully working Apple I to be offered publicly in Europe, and the only example to come with original period peripherals including the transformer, Sony monitor, as well as Datanetics ASCII keyboard. bid will start from €70,000 (roughly US$91,000) and it is expected to fetched between €120,000 to €200,000. the current vendor has offered the final winning bidder to setup, install and put this vintage technology into action anywhere in the world for an yet to be disclosed fee. obviously, that fee is outside of the final bid amount. auction details can be found HERE. also check out a lengthy live demo of this Apple I Computer in the video below. seriously, no diehard Apple fan should miss this, at least not the video.