If you missed the opportunity to acquire the NECA Classic 1995 Burning Godzilla Action Figure back in 2015, well, fret not because, NECA Toys has brought it back! This 12-inch long posable figure is now listed for sale on the company’s official Amazon and eBay stores. This is an re-issue though, so it may not be as, you know, as collectible as the original rolled out in 2015. But who cares when it looks exactly the same and it is as accurate as f*@k, right? 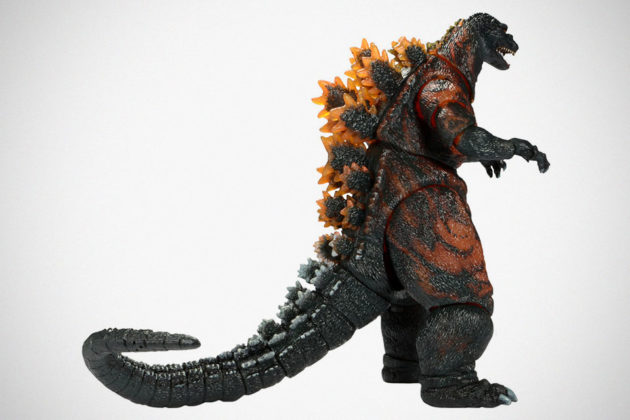 For the uninitiated, NECA Classic 1995 Burning Godzilla Action Figure is based on the 1995 movie Godzilla vs. Destoroyah (Coho Company, 1995). Though it measures 12 inches from head-to-tail, it is just over 6 inches tall and therefore, it may not be as impressive, size wise. I mean, both you and I know that when it comes to this infamous radioactive kaiju, size does matter. 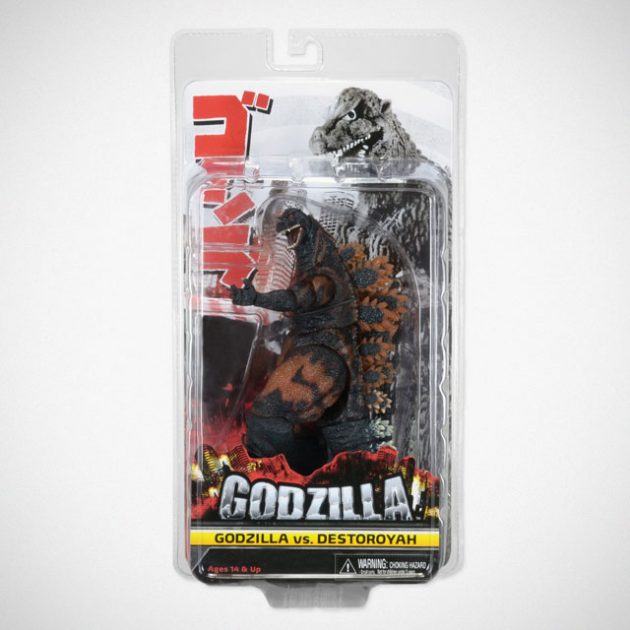 As the product name suggests, it is a burning Godzilla and so it does come with burning effect, achieved via orange translucent plastic. OK. May be the burning effect is a little underwhelming. It is not as convincing as I have hope, TBH. I think it could benefit from actual grow by the way for, say, LED light from within? As mentioned, the figure is posable – thanks to the bendable tail and “nearly 30 points of articulation.” You can find NECA Classic 1995 Burning Godzilla Action Figure on Amazon and eBay, priced at $22.99 a pop. So I guess it is wonderful news for fans. 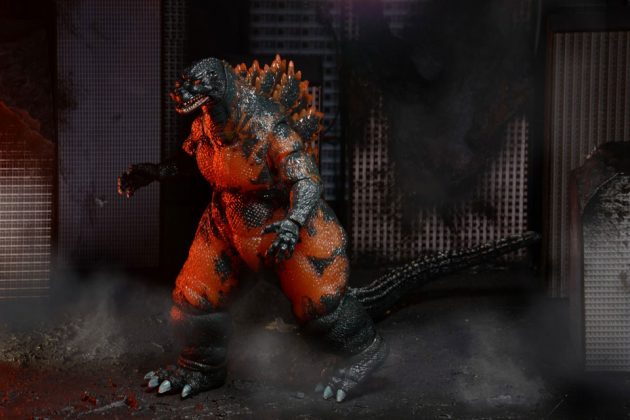 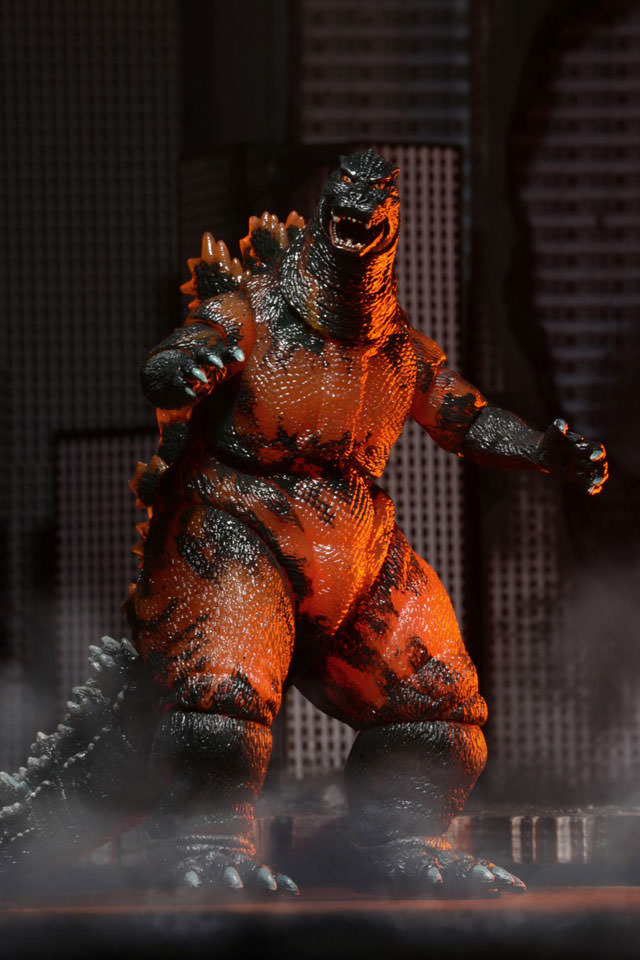