I know right? Who knew Apple actually had a watch way before Tim Cook announced it in September this year? Surely, not us. And this is no April’s fool prank, apparently. To be fair, we won’t know because we did not have that much exposure with Macintosh back then, because this “Original Apple Watch” was nearly 20 years old. Yes. You heard that right. This quirky looking time telling device is almost two decades old and it was created to promote the Mac System 7.5 from May through to July of 1995. Back then, anyone who purchased the System 7.5 during the said period will be gifted with this watch, or if they so choose, a copy of the Conflict Catcher 3 for more efficient control panel management. But we are not going into the latter. 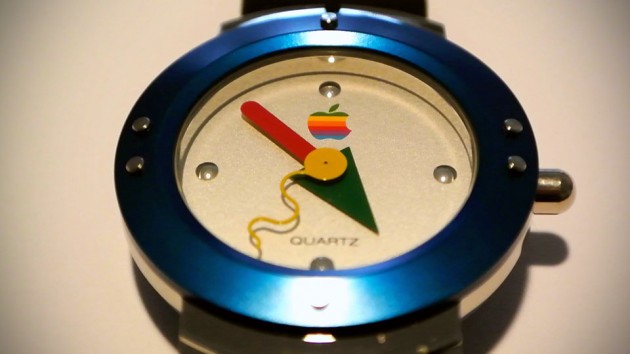 If this is news to you, then we are pretty sure you will be as intrigued as us and if you feeling a little retro-ish, you can actually acquire one (or as many as your bank account can safely afford) from a site, aptly called originalapplewatch.com. We’re not sure if the Cupertino folks will be thrilled by the flattery bestowed on them. However, don’t go hitting up the website expecting to acquire it right off the shelves; whatever stocks the people behind originalapplewatch.com had are spoken for. But not hang your head in dejection cos’ the good folks there claims that “a single-digit amount of watches will be added once inventory is assessed.” Meaning that there will be more stocks coming in and if you are so desire, you will have a shot in getting one.

It does, however, come with a hefty sticker that ranges from $99 to $129, depending on the condition. But that was for the ‘first batch’ that flew off the virtual shelves. Looking at the rate the watches were snapped and how the prices were raised sometime during the first sales, the next batch will likely to be more pricey, and it is for a device that does nothing then to tell time, wrapped in an obvious 90s esthetic with iconic rainbow colored Apple logo. As far as design goes, we are not impressed, but we have to remind ourselves it is the 90s we are talking about. Also, Jony Ive was not yet at the helm of the design department, and the details, aesthetic-obsessed Jobs wasn’t back in Apple. A couple more look after the break. 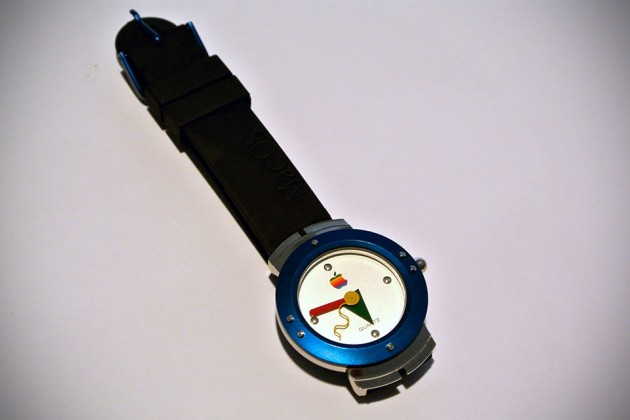 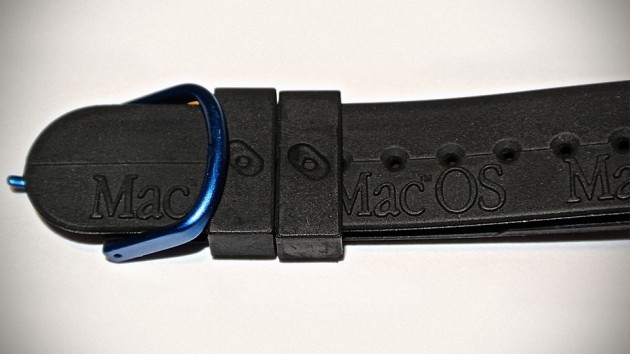