the M3 Coupe maybe dead, but it legacy and prowess lives on as a family-friendly 2015 BMW M3 Sedan, which BMW will be showing off, along with the new BMW M4 Coupe (also designated as a 2015 model), at the 2014 Detroit Auto Show aka the 2014 North American International Auto Show (NAIAS). the pair may be different car, but when they eventually roll into the showroom in summer of 2014, the choice between them isn’t hard – it is a matter of body style you prefer cos’ they both share the same power plant, which is the new six-cylinder inline engine with M TwinPower Turbo technology. despite having two less pods, the new inline six turbocharged engine still sees a slight bump in power at 431 horses (apparently, 425 hp for the US-spec-ed) and a peak torque is increased by about 40 percent to 406 lb-ft (550 Nm).

both M cars make the century sprint in just 4.3 seconds with the six-speed manual transmission (preliminarily, US-spec makes 3.9 seconds, but that is be further confirmed), or 4.1 seconds with the optional M DCT gearbox, while top speed is electronically pegged at 155 mph (249 km/h). expect common details include the familiar low-slung and wide stance, plus larger air intakes and air curtains at the front end, exposed carbon fiber reinforced plastic (CFRP) and aluminum body components, and rear diffuser – all combined in an effort improve the vehicles’ aerodynamics, aid in cooling and shed some weight for better power-to-ratio performance. no word on the price as yet, but more details should be made available when these big guys strut their stuff at the NAIAS in January 2014. exciting time for M fans, no doubt. 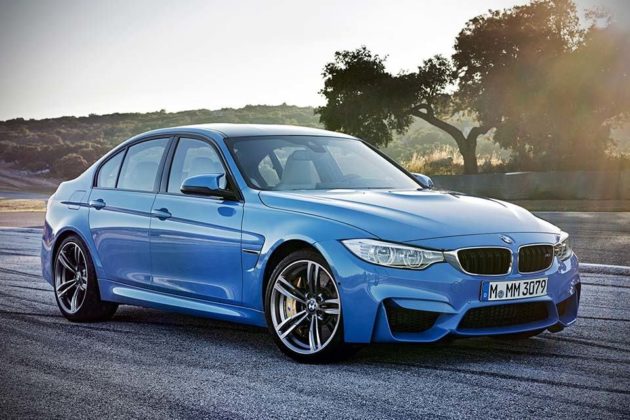