We decided that we are not the mouthpiece of Audi and so, we shall dispense with all the marketing mambo jambo that comes with the newly revealed Audi A7 Sportback. Sportback is essentially fastback and you know what it means when it is a fastback? It is tickles our fancy. Many American muscles that we love are build on the foundation of a fastback. But the Audi here is, of course, not American. That does not make it any less deserving of our love. It features what Audi refer to as a four-door coupe form, which I believe was first adopted by Mercedes-Benz years ago. 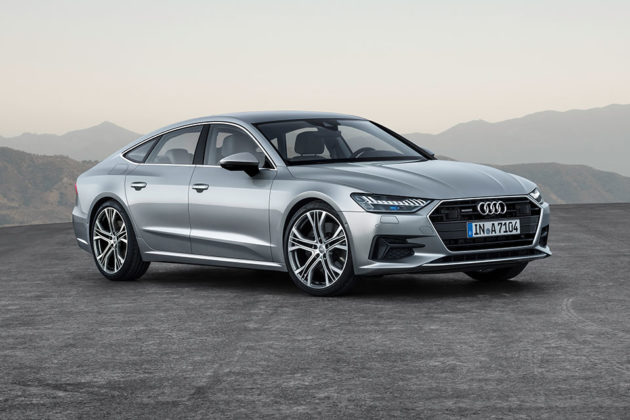 The concept of four-door coupe is to offer you the look and feel of a coupe, but with the comfort and practicality of a four-door sedan, or as some like to call it, saloon, and those are what the A7 Sportback aims to deliver. Speaking of which, the interior length and width gets a slight bump and it has a tad more headroom over its predecessor. Driving the Audi A7 Sportback is a 3L V6 TFSI motor which works with a new mild hybrid system (MHEV) that leverages on a 48V primary electric system to alleviate the stress the vehicle is lending to the environment. Mild hybrid system will appear across all range of engines used in the A7 Sportback. Here’s the interesting bits about this MHEV:

“A belt alternator starter (BAS) works together with a lithium-ion battery and achieves a recuperation performance of up to 12 kW when braking. At speeds between 55 and 160 km/h (34.2 – 99.4 mph), the four-door coupe can coast in freewheeling mode with the engine deactivated and then restarted comfortably via the BAS.” 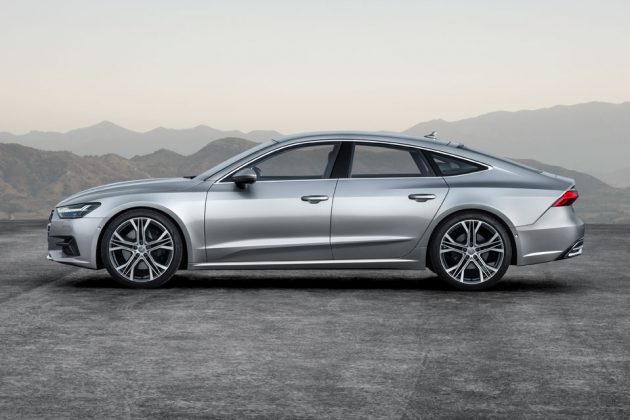 Start-stop function continues to live on the A7 Sportback, but now it works in conjunction with a standard front camera to predicatively restart the engine as soon as the vehicle ahead begins to move. Interesting bit there, but it still won’t take away the annoyance start-stop function brings about. Sorry, but not sorry. As much I as love saving the environment and saving myself a couple of dollars on gas, the annoyance is too much to bear. 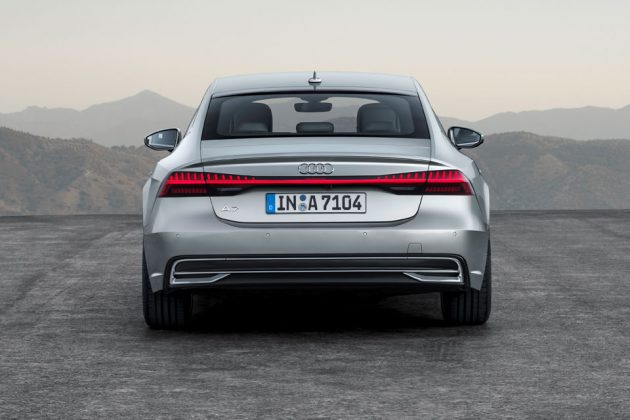 Anyways, a 3L V6 TFSI engine, kicking out 340 horses and 368.8 lb-ft (500 Nm) of torque, along with a seven-speed S-tronic are responsible for putting those power to good use on all four wheels. All told, the 3L V6 TFSI-driven Audi A7 Sportback easily swiped the century sprint in 5.3 seconds and makes a top speed of 155.3 mph (250 km/h). After the production starts with the 3L V6 TFSI, Audi said six- and four-cylinder engines in both gasoline and diesel will be added. 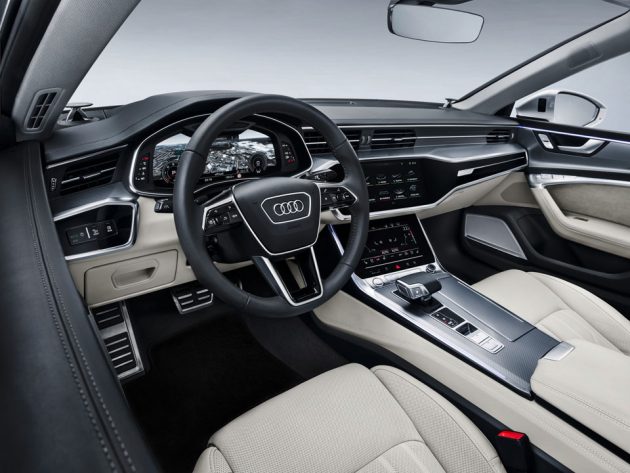 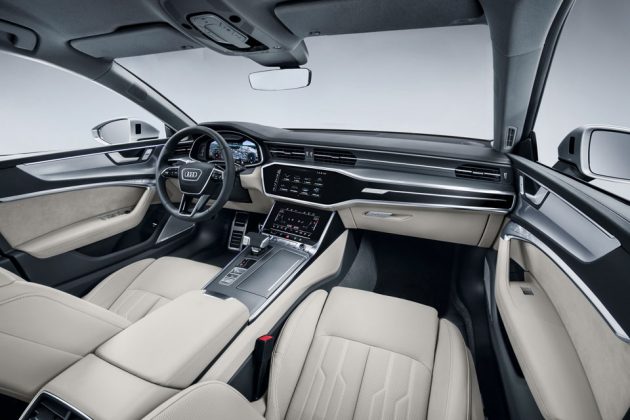 In addition to the 29 driver assistance systems already built into the Audi A7 Sportback, it is also semi-autonomous ready. With a touch of an AI button, the driver can initiates remote parking pilot and the remote garage pilot, but that will be available only at “some point in 2018.” The 2018 Audi A7 Sportback will hit the market, starting with Germany, sometime in late February 2018 with a based price of 67.800 euros (around US$80,400) for the 55 TFSI Quattro S Tronic.

All images courtesy of Audi AG.